India dropped Pant from the longer format so as to include experienced Saha, who is terrific behind the stumps. 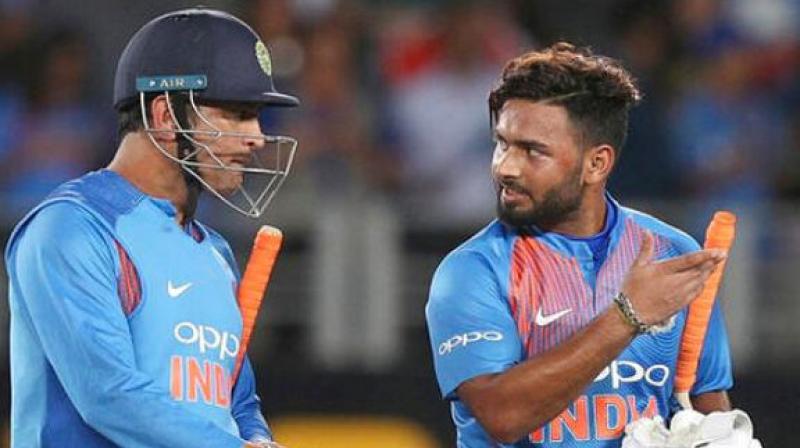 However, India have found a specialist wicket-keeper within Bengal’s veteran cricketer Wriddhiman Saha. India dropped Pant from the longer format so as to include experienced Saha, who is terrific behind the stumps.

Pant, who was supposed to MS Dhoni’s perfect successor, has failed to perform in the shorter version of the game. Now, with Shikhar Dhawan getting ruled out of the upcoming T20I and ODI series against West Indies, Kerala’s successful batsman, Sanju Samson may as well replace the 22-year-old cricketer, provided if the Rajasthan Royals batsman performs exceptionally well in the home series against the Caribbeans.

India’s chairman of national selection panel, MSK Prasad, who recently stated that Pant will always be in the fray, has revealed why the youngster keeps on performing miserably. Prasad said the Delhi Capitals player takes on extra added pressure on himself by comparing himself with India’s veteran wicket-keeper batsman, MSD.

Prasad also revealed that the selectors and team management are ‘seriously working’ with Pant to improve his game and highlighted that the left-hander has the potential to win games for India single-handedly and he can play India for a long time.

Earlier, India’s vice-captain requested Pant’s critics to let him be alone, while, former Indian player Sunil Gavaskar stated that international players must learn to consume pressure which is a part and package of the game. Concurring to Rohit and Gavaskar’s lines, Prasad said that Pant needs a couple of good knocks to get back to his best.

“With regard to the point raised regarding pressure, Rishabh should definitely realise that pressure is part of the game at this level and the one who comes out of it is a true champion. He has examples in front of him in Virat and Rohit,” Prasad told to PTI.