Dhoni said the World Cup has to be approached like a bilateral series. 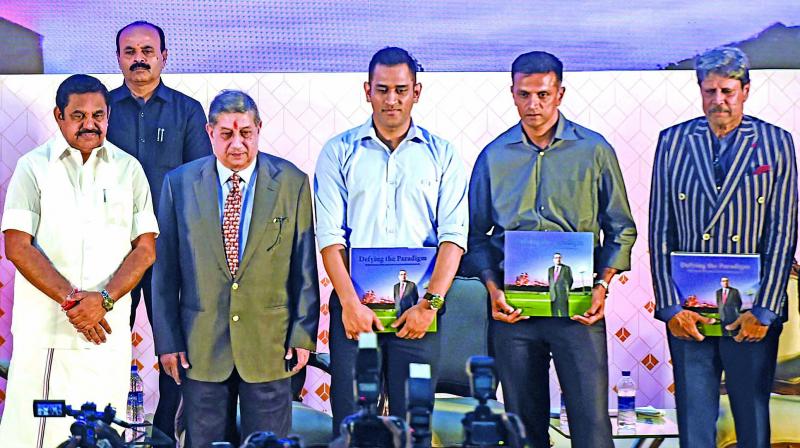 Chennai: The biggest nightmare for  Team India ahead of the 2019 World Cup would be the workload management of the bowling attack, which is expected to hold key to the country’s fortunes in the ICC event to be held in England.

Former India coach Anil Kumble and wicket-keeper batsman M.S. Dhoni on Friday expressed contrasting views over the workload management of bowlers. While Kumble said the team management has to consider the option of resting some of the top bowlers for a few IPL games, Dhoni felt they could play the entire IPL by managing their schedule efficiently.

“One of the most important parts of preparation will be keeping the bowlers fresh as there is a lot of cricket coming up from now till the start of the World Cup. Even though franchisees may not like the idea of resting India bowlers, but for the country’s sake, it has to be considered,” said Kumble in a panel discussion organised at the launch of a coffee table book on N. Srinivasan’s 50-year association with India Cements.

Dhoni said playing IPL helps a bowler in a lot of ways. “Keeping our bowlers injury free is very important. If you rest them, the first thing the experts say is they are rusty, and if you make him play, then say ask ‘is he fresh?’ But if you can manage your schedule during the IPL, the four overs won’t make you tired. What is important is what you do after bowling those four overs. The four-over game actually keeps you at your best, you are bowling the yorkers, bowling the variation and playing under pressure,” he said.

“The bowlers can still play the whole of the IPL but what they need to manage is what they eat, when they sleep and wake up. I would like them to be at their best when it comes to the skill factor. I always felt IPL was the best time to get in shape because I had a lot of time. I was playing only three-and-a-half hours every third day and it gave me time to spend in the gym. What is more important needs to be done rather than what looks right,” Dhoni added.

Dhoni said the World Cup has to be approached like a bilateral series. “We have played the limited-overs former well since 2015. Our top order has done very well and not many chances are given to middle-order. One of the crucial things will be giving an opportunity to our middle-order batsmen in the run-up to the Cup,” he said.