Diana Edulji suprised after being named in BCCI panel

Former India women's captain Diana Edulji was expecting a role in after the BCCI reforms but not the one she has now been entrusted with. 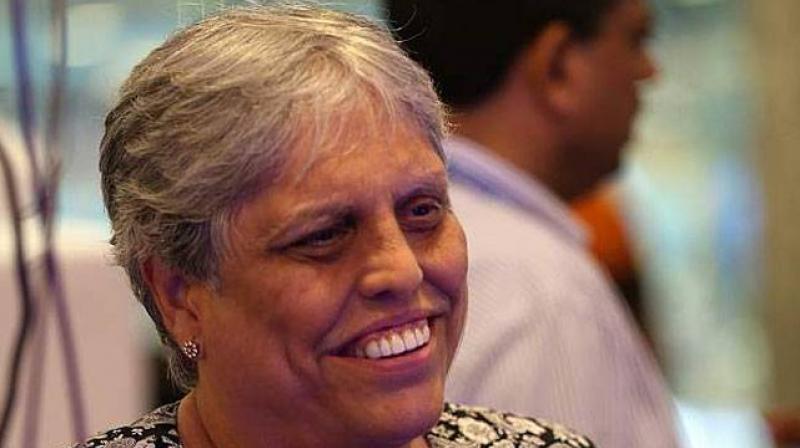 New Delhi: Former Indian women's team captain Diana Edulji was "expecting" a role in revamped BCCI but is now gearing up for a "new challenge" after being named one of the four administrators by the Supreme Court.

Edulji's main focus will be on promotion of women's cricket, a cause that she has championed over the years and also the formation of a Players' Association, which she feels is a must for looking after the well-being of cricketers.

"I was asked by amicus curae Gopal Subramanium whether I would like to be a part and I had said "yes". I was expecting a role but I was surprised after being named in the administrator's panel. It is a huge responsibility given to me by the Apex Court and I will like to do justice," Edulji said.

She said that her domain will be much clearer when she gets terms of reference as per the reforms that are supposed to be carried out.

"I have not yet received my terms of reference in black and white. I have three esteemed colleagues in the four-member team. It will be our collective responsibility to take Indian cricket forward."

Asked about her experience in administration, Edulji said that managing various Railways teams over the years has given her experience, although BCCI is a bigger ballgame.

"I have managed 40 Railways teams and that has given me some administrative experience. But definitely BCCI is a huge body and the pressure will be entirely different. Obviously, the endeavour for each one of us is to take Indian cricket
forward and that's what we will be looking at," the 61-year-old said.

One of the doyens of women's cricket in India, Edulji had played 20 Tests between 1976 and 1991 apart from 34 ODIs. She feels that one area would be to increase the number of Test matches for Mithali Raj and Co.

"I know most of the women's teams don't play Test cricket but England and Australia still play a lot of longer format matches. If it means that India only plays these two countries, so be it but Test matches for women should increase. It's good that women have graded payment system now but that also needs to be streamlined," Edulji said.

Another area of focus for Edulji will be the formation of a potent Players' Association that will enable the cricketers both male and female of all age-groups under the aegis of BCCI to raise their concerns.

"If you go by Lodha Panel reforms, Players Association is a must even in state bodies, whose apex council must have a male and a female players' representative. A robust Players' Association is also must," said Edulji.