PCB said a legal notice will be sent shortly to BCCI and after that the PCB will file its case before the ICC Disputes Resolution Committee. 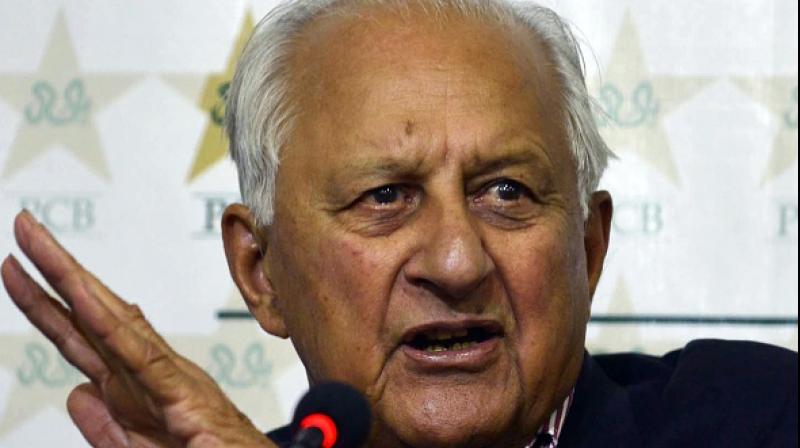 PCB chairman Shahryar Khan said this decision had been made after extensive discussions with the Board's legal team which said the PCB could go to court. (Photo: AFP)

Karachi: The Pakistan Cricket Board on Thursday announced that it would file a compensation case against the BCCI before the ICC Disputes Resolution Committee for India's refusal to play Pakistan in bilateral series.

PCB Chairman Shaharyar Khan said, after a meeting of the Board of Governors, that he had now been authorised to pursue the compensation case against India. He said a legal notice will be sent shortly to BCCI and after that the PCB will file its case before the ICC Disputes Resolution Committee.

"We have now decided to pursue the legal course and we will be sending a notice to the BCCI after which we will move forward to recoup our losses as we want to play cricket and we don't believe in this matter of government and politics not allowing India not to play with us," he told a media conference in Lahore.

"We see no chance of a Pakistan and India bilateral series. Political relations have also been tense in the past but we still had cricket series. But with the Modi government (in India) we don't think they (India) will play us in existing circumstances," he said.

"India signed a proper MoU which is more off a contract between the two Boards to play six series out of which two have already been wasted while the third this year is also unlikely. As a result we have suffered heavy losses of revenues," he added.

Khan said if the ICC committee fails to resolve the issue and help Pakistan recoup its losses because of India's refusal to play Pakistan in bilateral series, then the Board would be filing a legal case in the courts against the BCCI.

"We are very hopeful as our case for compensation is very strong. But if we don't win there (at the ICC Disputes Resolution Committee), we are now prepared to file a legal case against the BCCI in court," Khan said.

"We will go to the courts if the ICC Disputes Resolution Committee can't resolve our matter and help us recoup our losses," he said.

Khan said this decision had been made after extensive discussions with the Board's legal team which said the PCB could go to court.

He made the point that Pakistan had no option but to now pursue a legal course against the BCCI.

"We can't just sit around and wait for them (BCCI) to say yes. They have not played a full bilateral series with us since 2007."

The PCB chief also confirmed that Pakistan would be pushing at the ICC meeting in April to get the draft of the new ICC constitution passed and end the Big Three governance and financial system which is supported by India.

"The draft of new constitution was prepared at the last ICC meeting. India and Sri Lanka had opposed it while Zimbabwe abstained as they have some concerns with the new constitution as it put their Test status under scrutiny," Khan said.

He said the ICC had asked for member Boards to submit their responses and observations to the new draft constitution and Pakistan has done that.

"From what we know BCCI has also sent a 11 page report and they are now trying to win the support of Zimbabwe as well to oppose the end of the Big Three governance system. But we are confident the new constitution of the ICC will be approved and passed at the annual June meeting," he said.