Steve Smith, Rajasthan Royals skipper was optimistic about his team chances and seemed unfazed about other teams’ progress in the tournament. 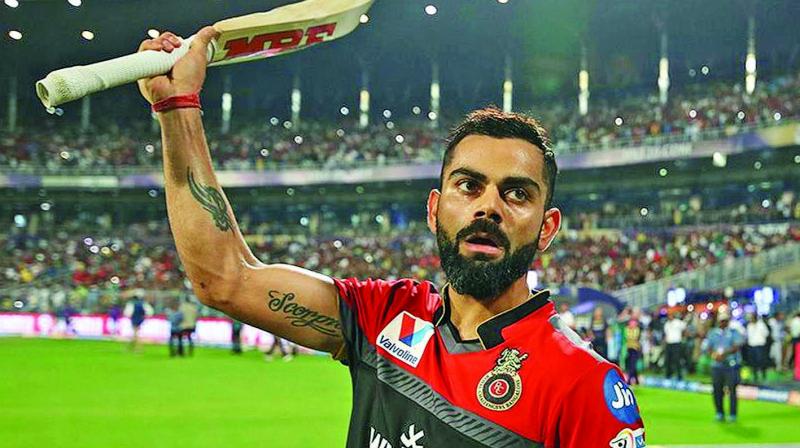 BENGALURU: Royal Challengers Bangalore are having a forgettable season. Till the previous match against Delhi Capitals, Virat’s men had a chance to make into playoffs but 16-run defeat ended all hopes. Languishing at the bottom of the table, RCB will meet Rajasthan Royals at M. Chinnaswamy on Tuesday who are looking upbeat after beating Sunrisers Hyderabad in their last home game at Jaipur on Saturday.

Despite losing eight matches, RCB still have a chance to make into playoffs if they win their remaining two matches which they are playing at home and hope other results went in their favour. Whereas, Rajasthan would like to keep the proceedings in their own hand by winning their both matches and make their case for playoffs with 14 points.

Steve Smith, Rajasthan Royals skipper was optimistic about his team chances and seemed unfazed about other teams’ progress in the tournament. “We can’t think about others and can focus on how we are playing. Hopefully, boys can kick it over the line tomorrow and win in Delhi as well, and give us a big chance of qualifying,” Smith said.

Smith said IPL helps him prepare for the ICC World Cup. “T20 cricket prepares you well for 50-over cricket. The game has evolved over the last few years, it been a good preparation good for me. It’s about playing and spending time in the middle and things like that with the white ball, against quality opposition and the best players from India and around the world. Preparation-wise, I am really comfortable. I head home and I have three practice matches against New Zealand, a couple of warm-up matches when we get into England. Plenty of time to prepare and ready to play,” Smith added.

Shreyas Gopal has had a remarkable season with both bat and ball. The 25-year-old Karnataka all-rounder had his share of success against big boys of RCB. When they last played, in Jaipur, Shreyas was adjudged the man-of-the-match for his superb bowling where he scalped the wickets of AB de Villiers and Kohli.

Smith praised the skills and the confidence of Shreyas. “He is a terrific player and every time we have given him the ball he has delivered for us. He has taken wickets and big wickets. He has got big players out, he is confident in his skill set. He has good variations with both pace and different balls, googlies and slider, leg spinners and mixing things up.”