Jamaica Tallawahs is the weirdest' team I've ever played for: Andre Russell 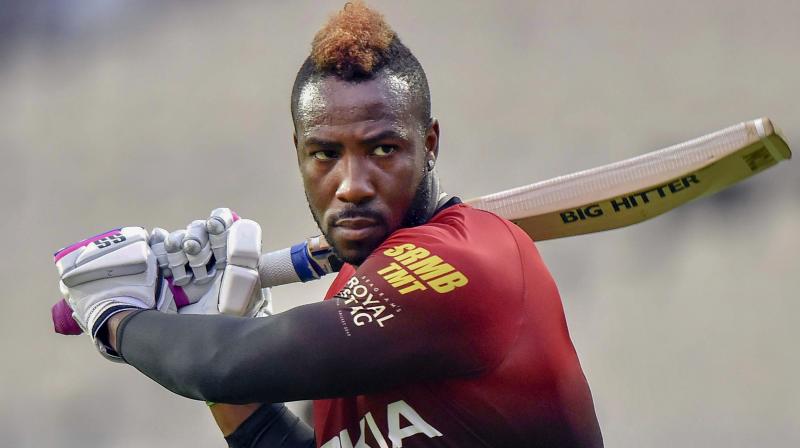 London: Caribbean Premier League (CPL) franchise Jamaica Tallawahs has been facing the flak left, right and centre for the manner in which it treats its players.

A day after Chris Gayle hit out at the side for releasing him for this year’s CPL, squarely blaming his former West Indian teammate Ramnaresh Sarwan for that, all-rounder Andre Russell labelled the side as the 'weirdest' team he ever played for.

Russell has already announced that 2020 would be his last season with the Jamaica Tallawahs.

"I am a guy that plays to win. And I have won 13 championships (T20 titles). So, I do not play to lose. If I am picking a friend, I believe in that friend. But the way Tallawahs went about things, the way they went in for the draft, it was weird. On the day of the draft, I was trying to reach out to these people, but no reply," ESPNCricinfo quoted Russell as saying.

"This is the weirdest franchise that I have ever played for. And when I mean weird, people that are supposed to reach out to you as an individual, and I am not just a normal player in the Jamaica Tallawahs team, I was once a leader, I realise how they look at things and how they do things," he added.

The all-rounder said that he was treated like a debutant and the management did not involve him in any decision-making process.

"I felt like a first-class player that made his debut just one game ago. Your opinion is not valuable. That's how I was treated," Russell said.

Gayle went on to label Sarwan a snake and back-stabber.

Reacting to Gayle’s outburst, Tallawahs today said that releasing Gayle was based purely on "business and cricketing reasoning"

They said Ramnaresh Sarwan has nothing to do with Chris Gayle's departure from the side.

"Gayle gave several reasons for the decision that was made not to retain him in the Tallawahs. However, the truth is that this decision was made collectively by the Ownership and Management team which did not include Ramnaresh Sarwan and based purely on business and cricketing reasoning. Further, the Ownership and Management of the Tallahwas have no political affiliation with any political organization in any country of the Caribbean," the CPL side said in a statement from Florida.

"The Tallawahs had a very disappointing season in CPL 2019 where the team finished last in the tournament. The Ownership and Management team has exercised its rights in the selection of players for CPL 2020 for the betterment of the team," read Tallawahs statement.