Among others dropped from the central contracts are Usman Khawaja, Peter Handscomb, Marcus Stoinis, Nathan Coulter-Nile and Marcus Harris 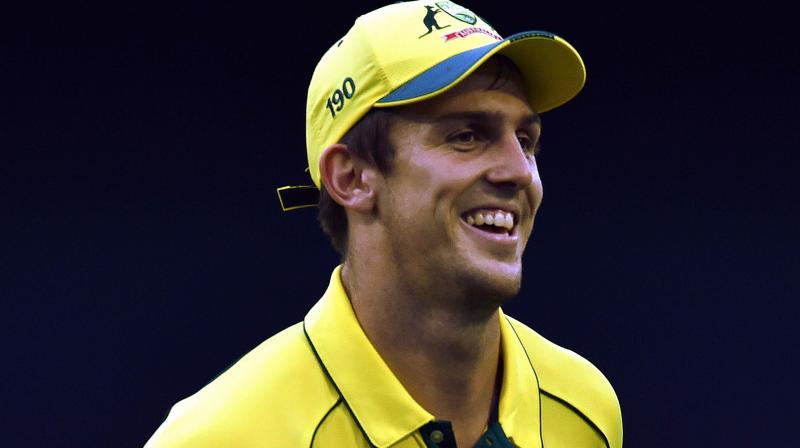 Sydney: All-rounder Mitchell Marsh returned to Cricket Australia's list of 20 nationally contracted players Thursday, but there was no room for his brother Shaun or struggling batsman Usman Khawaja.

The older Marsh sibling and Khawaja were among six players axed from a group that selectors loaded with limited-overs talent to reflect Australia's upcoming schedule, particularly the Twenty20 World Cup scheduled for October-November.

"With many of the squad crossing into all three formats it gives us the benefit of being able to add in specialists depending on the opposition and the conditions," chief selector Trevor Hohns said in a statement.

"The depth of this squad and the success of the past 12 months gives us that solid base."

Others dropped from the list -- which forms the core of Australia's international squads -- were Peter Handscomb, Marcus Stoinis, Nathan Coulter-Nile and Marcus Harris.

"As is always the case there are unlucky omissions but, however, because you are not on the list does not mean you cannot be selected to represent Australia," Hohns said.

Mitchell Marsh endured his own period in the wilderness when he was not offered a contract last year but Hohns said his form showed "he has a lot of international cricket ahead of him as a batting all-rounder".

Prolific middle-order batsman Marnus Labuschagne was, as expected, among the new faces, along with Joe Burns, Ashton Agar, Kane Richardson and Matthew Wade.

"Marnus's rise has been meteoric and well documented," Hohns said.

"Joe has been a good Test match player, Ashton Agar's form in T20 internationals has been exceptional, while Kane Richardson has been outstanding in the T20 and one-day games."

Uncertainty hangs over the cricket calendar and the Twenty20 World Cup because of the coronavirus pandemic.

Australia's tour to England for three one-dayers and three Twenty20 matches in July is in jeopardy after the England and Wales Cricket Board delayed the start of their season until at least July 1.