‘Let’s not get greedy’

Rohit, who has scored three double hundreds, reacts to queries on when he will score a triple hundred. 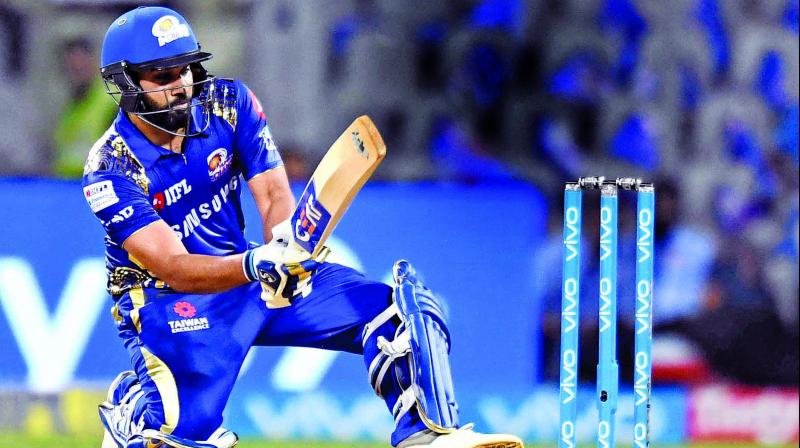 He holds the highest individual score record of 264 in white ball cricket. When he gets going, he has the temperament of scoring daddy hundreds. He’s a nightmare for bowlers in the slog overs ever since he started to open for India during the ICC Champions Trophy in 2013.

The Indian opening batsman admitted he gets many queries from fans about when he will score his first triple hundred.

“I receive a lot of questions from fans where ever I go, regarding scoring 300. I got three 200s. Let’s not get greedy,” he said at the CEAT International Cricket Rating Awards. The Mumbai dasher didn’t get any award but he accepted the Best International Cricketer of the Year award on behalf of Virat Kohli later.

The 31-year-old has been in and out of the Test side and hasn’t been included in the squad for the Test against Afghanistan. India, led by Ajinkya Rahane, is set to play Afghanistan in their first-ever Test in Bengaluru from June 14.

But Rohit felt he has already finished half of his career and wants to enjoy the game now instead of caring about selection. “I am not worried about whether I’ll be picked or not. I need to enjoy my game. Now it’s all about enjoying the game.”

He has been widely regarded as white ball specialist but Rohit said he always dreamt of playing Test cricket. “As a child, all I dreamt of was to play Test cricket and that dream will never be over. Nobody can take away my game or what I think about the game,” he added.

The Rohit-led Mumbai Indians team failed to reach the play-offs after entering the tournament as defending champions. He was understandably disappointed with the outcome.

“A disappointing campaign without a doubt. I said many times during the season that we had a much better squad than most of the other teams who went on to qualify. But again, we have ourselves to blame for it. We made too many mistakes,” he said.

He also struggled as a batsman during the tournament after a decent start. He scored just two half centuries with his best as 94, but he also got three ducks in the tournament and ended up making 286 runs in 14 matches.

"I started off well with a few innings and then towards the end when it was needed the most, it didn't happen, so that was disappointing,” he said.