'Smith, Warner need to have thick skin to shine at World Cup': Lee 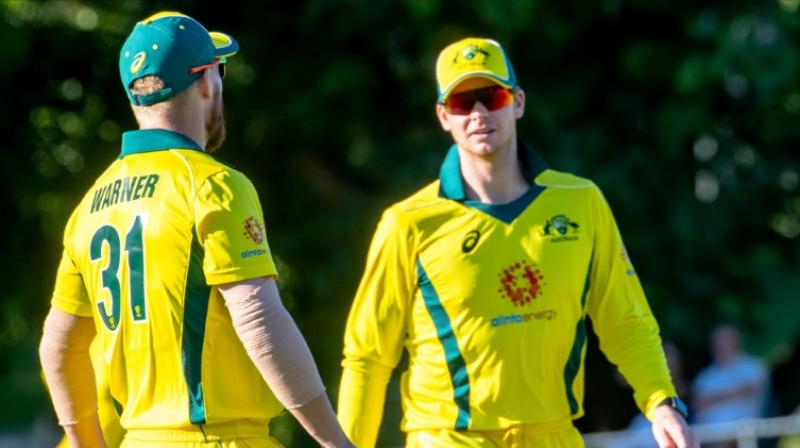 London: Steve Smith and David Warner have nothing to prove but the duo will need to have "thick skin" to counter sledging and hostile crowd in the World Cup, said former Australia pacer Brett Lee.

Smith and Warner, who are returning after serving suspensions for their involvement in the infamous ball-tampering episode in South Africa in 2018, have already witnessed hostile crowd during Australia's two World Cup warm-up games.

"I don't think they have got a point to prove, they will just be happy to be back playing for Australia," Lee said.

"We saw what happened with David Warner during the IPL, the leading run scorer and the Orange Cap holder, Steven Smith got a big hundred in his first game. They have been welcomed back to the Australian cricket team with open arms and I reckon they have a shot at winning.

"(But) you have got the Barmy Army, you have got guys like Kevin Pietersen chirping at me already. They are going to cop some sledging but you need thick skin," he added.

Lee said Australia are peaking just at the right time and Aaron Finch's men have it in them to win the title for the sixth time.

"We need a couple of good games back-to-back, it will be phenomenal if Australia can win a sixth title, I know what it means to win a World Cup and it is the best feeling in the world," Lee said at the official tournament opening ceremony here on Wednesday.

"I think they can (win it), I am quietly confident with the Aussies, they have got a great team, a great squad, they tick every box, they bowl pretty well at the death and they field pretty well. I would never back against the Aussies, put it that way.

"It's also about peaking at the right time when you go into a World Cup. I think Australia are doing that, although we haven't played a lot of great cricket back-to-back in the last 12 months."

Australia will open their campaign against Afghanistan at Bristol on June 1.