If India defeats England in Sunday’s clash, It will increase Pakistan’s chances of staying in the top four. 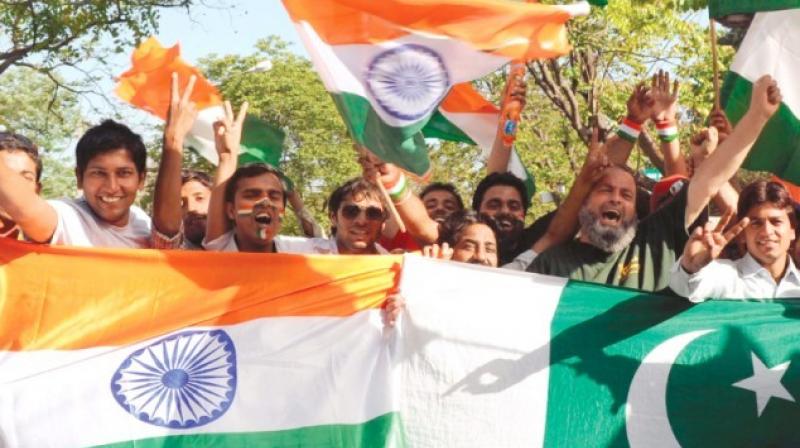 Mumbai: In a weird twist of events, The Pakistan team and fans will be rooting for arch-rivals India to win in their match against tournament hosts England on Sunday June 30.

The unlikely support from Pakistan comes after a series of upsets in the 2019 ICC World Cup that leave England on the edge of the top four teams on the table. Only the top four teams will make it to the semi finals and England have already been dropped to fifth after two consecutive losses and Pakistan defeating Afghanistan.

If India defeats England in Sunday’s clash, It will increase Pakistan’s chances of staying in the top four, provided they keep winning their matches.

Also looking forward to an India win are other Asian teams Bangladesh and Sri Lanka. The two teams are also still in the race for the fourth spot throne with Bangladesh having a stronger claim. Pakistan, Sri Lanka and Bangladesh will all lose any realistic chance of going ahead should England defeat India on Sunday.

Former Pakistan pacer Shoaib Akhtar has also spoke on the matter in a video on his YouTube channel. “I feel that Pakistan has made a good comeback – but now, India: wake up! You’ll have to help us. Defeat England, and we’ll win our two matches so we can face you in the semi finals and defeat you there!” said Akhtar.

Fans also took to twitter to speak on the occasion-

For the first time since 1947, 1.2 billion Hindustanis, 200 million Pakistanis & 160 million Bangladeshis would be praying for an Indian victory over the British(England)!!
#INDvENG#co

#INDvENG trending on 1 one day prior to the match is the proof that whatever may happen but when it comes to England, India and Pakistan will always be together... pic.twitter.com/xYGjP4z7J6