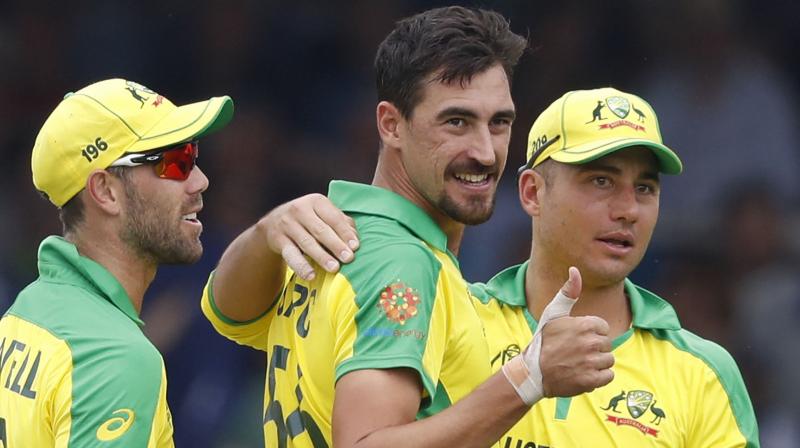 Melbourne: Despite being on the brink of surpassing legendary Australia bowler Glenn McGrath's World Cup record, pacer Mitchell Star said that scripting the feat would not mean much to him if his side does not win the trophy.

Starc, the leading wicket-taker in the tournament, has picked up 24 wickets so far and is just two wickets away from equalling McGrath's record which he made in the tournament's 2007 edition.

"Not much if we don't win the World Cup," Cricket.com.au quoted Starc as saying when asked about what it would mean for him to surpass McGrath.

After posting a target of 244 runs, Australia comfortably managed to defend it as they bundled off New Zealand batsmen on just 157 runs on Saturday. Starc took five wickets, in the match, while giving away just 26 runs from his 9.4 overs.

Starc also praised his fellow bowlers as he said: "I'm just stoked to be playing a part in this group and continue to contribute. I'm really proud of the whole bowling group, the way we've executed the last few games. We keep improving as a group."

Apart from having the leading wicket-taker, Australia also have the leading run-getter of the tournament in their side, David Warner. Warner has accumulated 516 runs in the tournament until now. With the help of these star players, Australia sit on the top position in the points table with 14 points.