The partnership of 137 runs between Siddhesh Lad and Akshath Reddy for the third wicket was the highlight of the day for India Green. 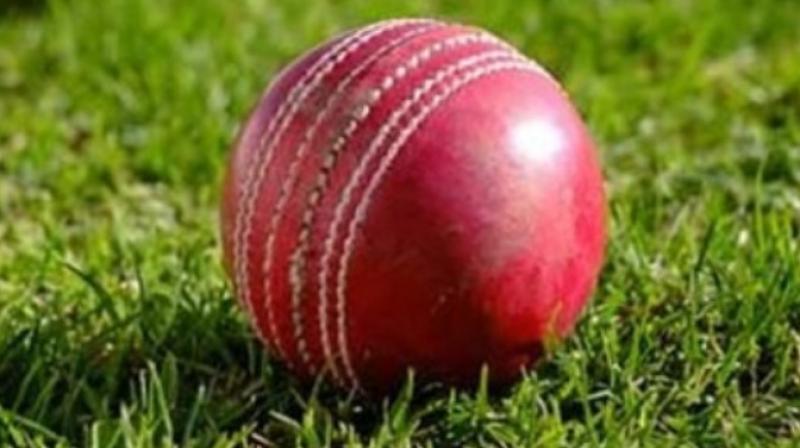 BENGALURU: Akshath Reddy’s knock of 146 put India Green on the commanding position against India Red in Duleep Trophy match played at KSCA Grounds 2 at Alur on Thursday. India Green were 308/4 at the end of day’s play. India Red bowlers toiled hard throughout the first day and managed only four wickets, with pacer Avesh Khan leading the pack by scalping two wickets. Priyam Garg and Akshay Wadkar were at the crease, on 30 and 5 respectively.

The partnership of 137 runs between Siddhesh Lad and Akshath Reddy for the third wicket was the highlight of the day for India Green. The duo played some extravagant shots especially Akshath Reddy (146 off 248 balls), who slog-swept Wakhare on multiple occasions. Siddhesh also showed his prowess with some massive sixes to the off-spinner Sarwate. As the partnership was flourishing, Wakhre provided the vital breakthrough by bagging the wicket of Siddesh Lad (64 off 116 balls).

Akshath played the role of anchoring the innings as he got continuous support from the other end. After the dismissal of Faiz Fazal, he along with Dhruv Shorey started to build the innings. Initially, he was looking scratchy but as the innings progressed, he looked firm.

Soon after lunch, Dhruv (44 off 77 balls) edged the ball to wicketkeeper KS Bharat for the score of 44 off Avesh Khan.

In the morning after winning the toss, the India Green openers, Akshath Reddy and his partner Faiz Fazal started their innings cautiously, against the new ball attack of Jaydev Unadkat and Sandeep Warrier. Though Fazal played some glorious drives, he was undone by a bouncer from Avesh Khan has former holed it to fine leg for a personal score of 18 runs.

Talking about his innings Akshath said: “The first day of the match, there will be some help for fast bowlers in the first one hour. It was their time, so I took a bit of time. The first one and a half-hour were a bit good for the fast bowlers. Then later on, in the afternoon it wasn’t happening much and then ending stages after tea, it was turning a bit.”

“I think I missed the opportunity. Only six overs were left on the day. I wanted to play it down but it was too full”, Akshath said about the shot selection that led to his dismissal.