‘I swear on my kids’, S Sreesanth denies match-fixing charges

S Sreesanth had faced a life ban over charges of match-fixing which was lifted recently by the Supreme Court of India. 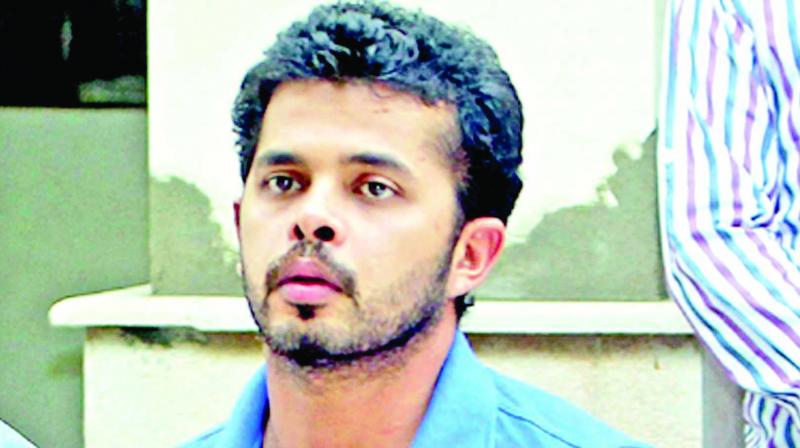 S Sreesanth maintains that he is not guilty and that he has never ever fixed a match in his entire life. (Photo: File)

Mumbai: S Sreesanth had faced a life ban over charges of match-fixing which was lifted recently by the Supreme Court of India. He still has not been acquitted from the charges as the court has given BCCI three more months to reconsider his punishment.

The pacer maintains that he is not guilty and that he has never ever fixed a match in his entire life.  In an interview to the Indian Express, Sreesanth said, “I swear on my kids, I swear on my dad, who is ill but surviving for the last five-and-half years just to watch a match, I swear on my mom, who had her left leg amputated just one-and-half months back and who hasn’t given up hope of watching me in a match — I haven’t done it (spot-fixed in a game). I will never do it even for 100 crores.”

He went on to say that there are several players who continue to play cricket despite being involved in match-fixing. “To those players who did it (fixing) and are still playing, having a smiley face, I just want to say, I am not you guys. I can take names easily with proof (as I was shown by police) but I won’t do it. That’s not me. It has taken seven years for me to get back my life. Some of them are still playing, some retired — not just in this country but across the world. I don’t think they are strong enough to handle what I went through… they are all just accused and I don’t want to drag them,” he said.

After charges were lifted on him, Sreesanth had wished to play cricket again. He had said, “The court has given me a huge lifeline and I am happy with the opportunity given to me,” said the bowler who was 13 short of 100 Test wickets when he was banned. There are so many leagues happening all around the country and cricket is my bread and butter. To take care of my family, I need cricket back.”