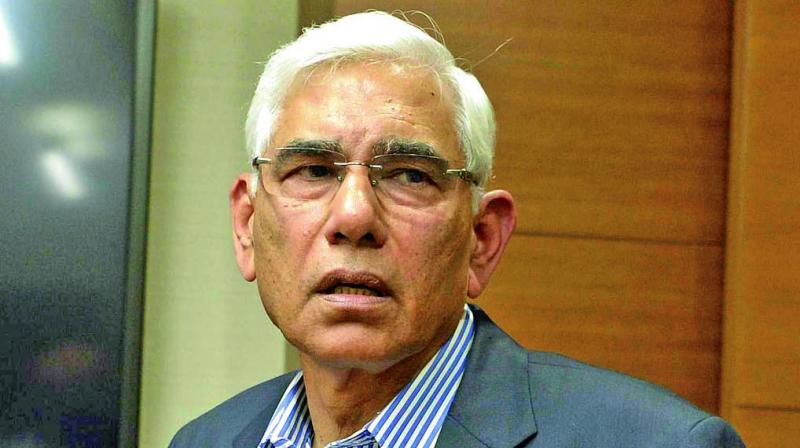 Chennai: Vinod Rai, the chairman of the Supreme Court-appointed Committee of Administrators, said the apex court has given the BCCI office bearers, who have been delaying the implementation of Lodha recommendations, a lifeline.

Recently Justice Lodha had said that CoA threw a lifeline to the BCCI office bearers by not taking a firm step.

Rai, in an interview with ESPNcricinfo, said: “The court warned the office bearers of contempt, made them appear in the court and then asked them to give their suggestions on making any amendments to the draft constitution. Now, where is the question of the CoA offering a lifeline to the office bearers?”

Rai said he had taken a very strong stand. “In fact, I have already asked the court to remove the office bearers and impose Article 142 under the Indian Constitution and issue direction to the Registrar of the Tamil Nadu government to register the new BCCI constitution. I have submitted five status reports in the court. I have also asked the court to appoint an administrator in charge of all the state associations which have not adopted the Lodha recommendations,” he added.

Rai said the CoA has reworked the BCCI draft constitution. “We have made the constitutions of both BCCI and state associations consistent. The Supreme Court told us to point out to them whatever is impractical from the constitution that was submitted by the Lodha Committee. We have incorporated all the suggestions that the office bearers had given including the recommendations that were shortlisted by the BCCI at its special general meeting earlier this year,” he said.

The CoA chairman said they have worked out a master plan for the National Cricket Academy in Bengaluru and also sought inputs from the likes of Ravi Shastri, M.S. Dhoni, Virat Kohli and Rahul Dravid.

“We also felt such a large project needed someone with management experience,” he added.