Kohli, Ashwin rule on field; Lodha garners eye-balls off it

The trigger for this was far-reaching recommendations by Justice R.M. Lodha committee on the directive of Supreme Court. 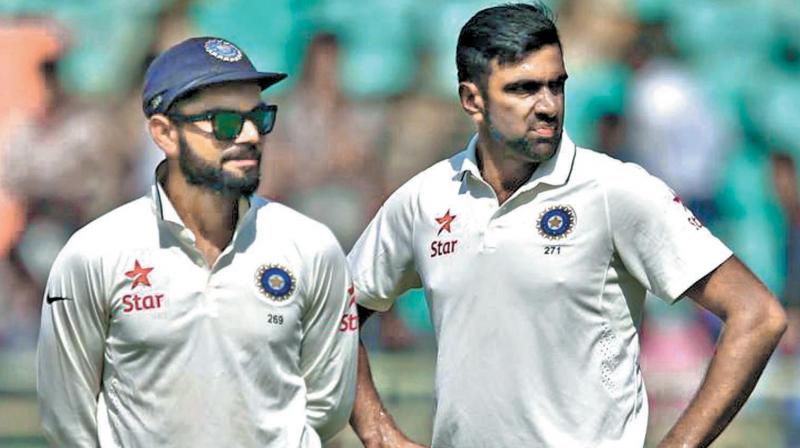 New Delhi: He had a ‘few good men’ at his disposal and Virat Kohli transformed them into a champion outfit with generous helping from his trusted lieutenant Ravichandran Ashwin even as Indian cricket faced a massive credibility crisis with its freedom curbed beyond 22 yards.

There is a saying that “A leader is one who knows the way, goes the way, and shows the way,” and the Indian captain seemed to walk the talk as he catapulted the Test team to the top of the world rankings with brilliant batting and inspirational leadership.

And then he had his lethal weapon, the enforcer responding to the name of Ravichandran Ashwin, whose super human efforts exceeded all expectations with one match-winning effort after another.

While the men in white flannels were providing their die-hard fans with immense joy, the administration was caught in a tangle as one of the country’s most well-run sports body faced complete overhaul .

The trigger for this was far-reaching recommendations by Justice R.M. Lodha committee on the directive of Supreme Court.

The administrators, for most part, were busy firefighting but the men who mattered — the cricketers — made winning a habit with nine triumphs out of the 12 Test matches played this year.

A 2-0 win in the Caribbean followed by 3-0 rout of New Zealand and 4-0 drubbing of England showed that Kohli’s boys never took their foot off the pedal.

The skipper’s 1,215 runs with a hat-trick of double hundreds in three back-to-back series set a benchmark and the ‘Crazy Diamond’ Ashwin only took it a notch higher with 72 wickets in the season along with 612 runs. There will be ‘Doubting Thomases’ and rightly so as they would like to wait how the team under the guidance of Anil Kumble performs when it hits road on foreign shores.

But then England looked out of sorts in India with below-par spinners in their ranks, Australia are going through a transformation having lost to South Africa, who in turn had looked clueless against India, only a year back.

The proof of the pudding, as they say, is in eating and while the jury is still out on India’s ability to win outside the sub-continent, it does not take away anything from the side’s fantastic performance during the last five months starting from the West Indies series.

There is no point in eulogising Kohli — the Match winner as it is well-known for the past five years — but what was phenomenal was the effortless ease with which he carried the burden of leading the Test team.

However, off the field BCCI looked set for a complete overhaul with Supreme Court’s stinging observations tightening the noose around the mandarins of the richest sports body. The pandora’s box that opened way back in 2013 after the spot-fixing scandal has come to haunt BCCI big time.

In between, Jagmohan Dalmiya’s death last year followed by Shashank Manohar deciding to leave the home board for the safer confines of independent chairmanship of ICC left current incumbent Anurag Thakur with a crown of thorns.