Virat Kohli, Jasprit Bumrah in Wisden's T20I team of the decade but no MS Dhoni

While Kohli was picked in Wisden's T20I team of the decade to strengthen the batting order, Bumrah found a place in the bowling unit. 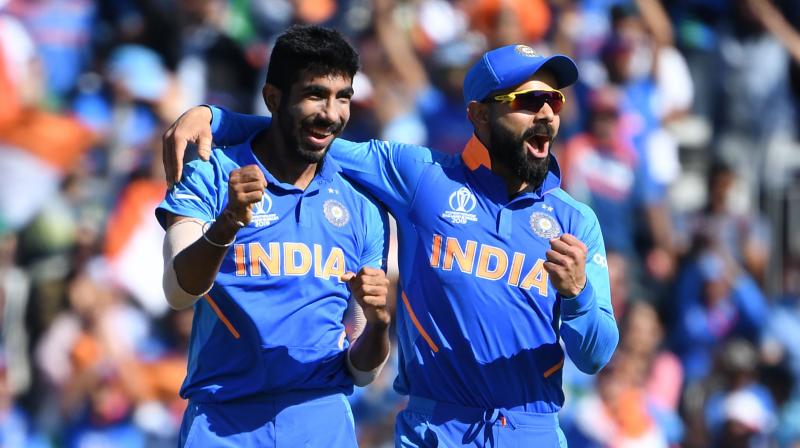 London: India skipper Virat Kohli and pace spearhead Jasprit Bumrah were the only two Indians who found a place in Wisden's T20 International team of the decade, which didn't feature Mahendra Singh Dhoni.

On Kohli, Wisden said: "While Kohli's record in domestic T20 cricket is patchy, the same cannot be said of T20Is. Kohli's average of 53 was the best in the decade, and while his consistency compromises his strike-rate slightly, he is still able to score at a good rate, even if not exceptional.

"Strong against pace and spin, and rapid between the wickets, Kohli is an ideal player at No.3, able to fight fires when an early wicket is lost and stabilise the innings, but also accelerate when a platform is set. Following a huge first-wicket partnership, Kohli will slide down the order in this XI," it said on its website.

Kohli, who ranks third in the list of leading run-scorers of all time with 21,444 runs, was also included in Wisden's Test and ODI teams of the decade, besides being named in Wisden's list of five cricketers of the decade which also features Steve Smith, Dale Steyn, AB de Villiers and Ellyse Perry.

Kohli, who is currently ranked No.1 in both ICC Test and ODI rankings for batsmen, was also picked as the captain of Australian great Ricky Ponting's all-star Test team of the decade.

While Kohli was picked in Wisden's T20I team of the decade to strengthen the batting order, Bumrah found a place in the bowling unit due to his superb economy rate and reputation for being a reliable death bowler.

"Bumrah's overall economy rate of 6.71 is the second best in the world among quick bowlers, behind Dale Steyn," Wisden said about Bumrah, who has overall taken 216 wickets, including 51 in T20Is, in his international career so far.

"This statistic is more impressive when you consider he did the majority of his bowling in the death overs, where his economy rate of 7.27 was the seventh best in the world, and comfortably the best by a quick bowler. Bumrah is likely bowl three overs at the death for this side."

Dhoni, who led India to the 2007 World T20 title, was a notable omission from the all-star team.