R Ashwin had a fitting reply for a Twitter troll who tried to tell him to 'learn a thing or two' from Moeen Ali. 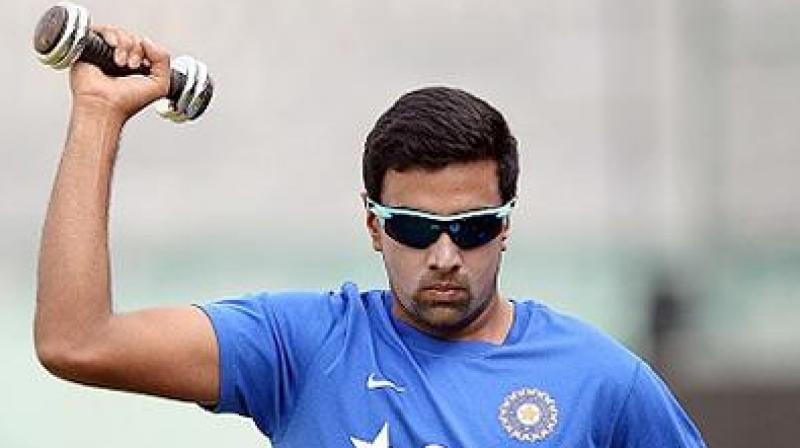 Mumbai: India off-spinner Ravichandran Ashwin has been in terrific form of late but it seems that form is not only restricted to on-field manoeuvres.

The 30-year-old, rested for the ongoing T20 series against England, gave it back in style to a Twitter troll who asked him to learn a thing or two from England spinner Moeen Ali.

Moeen has been one of England's best performers in the first two T20s against India with a 'Man of the Match' award in the first match.

A Twitter user tweeted to Ashwin, telling him to learn something from Moeen's spell but Ashwin responded by saying that he had tuned in to watch the second T20 deliberately after Moeen had finished his spell. 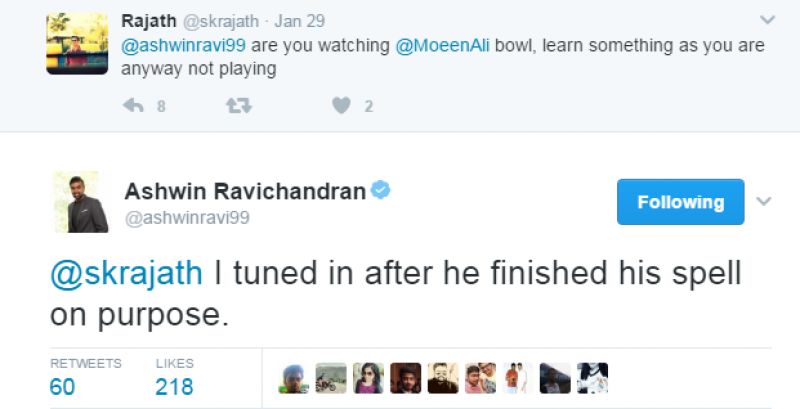 The India off-spinner will now be setting his sights on Australia, who come visiting for a four-match Test series starting next month. However, Ashwin will need to get his ODI bowling radar on track with the ICC Champions Trophy slated for June this year.