Former England spinner Graeme Swann has place for only one Indian in his all time XI and that is Sachin Tendulkar. 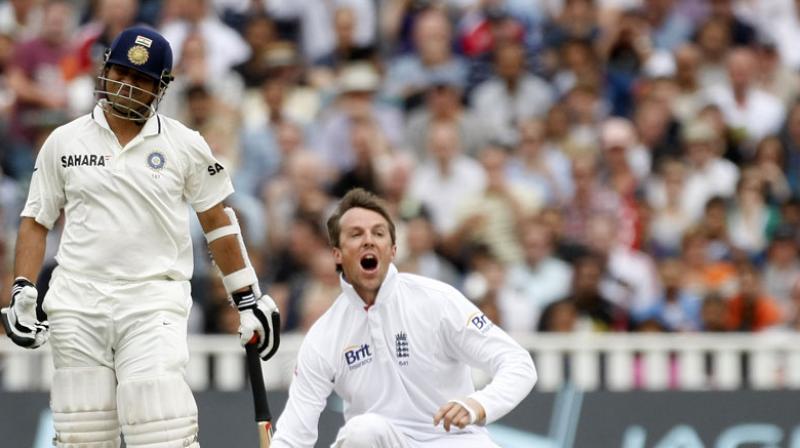 London: Former England spinner Graeme Swann has picked only one Indian in his All-Time XI, and that is Sachin Tendulkar. His compatriot James Anderson is the only active cricketer in his team albeit as a 12th man.

Swann also named himself in the playing XI as a spinner in the team which also has the legendary leg-spinner Shane Warne.

The England off-spinner, who played 60 Tests, 79 ODIs and 39 T20s, picked Sir Jack Hobbs and Gordon Greenidge as openers in his team. Swann also said that Hobbs was “his grandfather’s best player” and Greenidge’s “meanness”, alongside his batting skills, was a key factor in his inclusion.

“(Desmond) Haynes almost got in there but Greenidge for me. Not only he was a great stroke player but looks mean as well. I want to be the meanest in my chain,” said Swann in a video published by Lord's Cricket Ground on their YouTube channel.

Sir Don Bradman took the number three spot in Swann’s team followed by maverick West Indian Brian Lara at number four. Sachin Tendulkar was picked to bat at number five and Swann admitted that it is a bit low for the “best player of my generation”.

Termed as the Little Master, Tendulkar has a record 100 international hundreds against his name and played 200 Tests for India.

Swann then picked Sir Garfield Sobers over Jacques Kallis for all-rounder’s role. “I need a left-armer for foot hole. You will see why later. Sorry, Jacques,” said Swann while explaining Kallis’ exclusion.

Adam Gilchrist was entrusted with wicket-keeping duties in Swann’s team. “Best ’keeper-batsman I have seen … I need a good ’keeper who can ’keep in to Shane Warne,” said Swann. Warne was obviously Swann’s next pick.

Swann, who has a reputation for coming up with wisecracks, then chose himself to be Warne’s spin-bowling partner. Swann justified this call, saying: “Graeme Swann. It’s my team. … I am playing me.”

Swann picks Glenn McGrath and Wasim Akram to take care of the new ball while James Anderson gets picked as team’s 12th man.