How a waiter helped Sachin Tendulkar improve his bat swing

Sachin Tendulkar also shared an anecdote when West Indian cricketers Dwayne Bravo and Kieron Pollard tried to pull a prank on him. 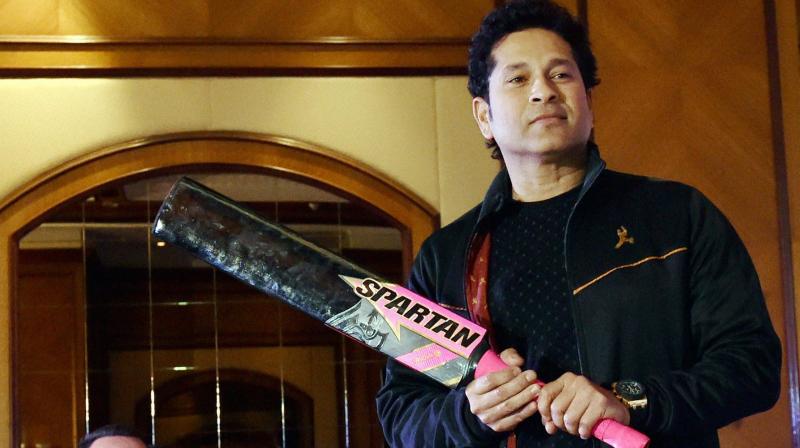 Sachin Tendulkar is the first and only batsman to score 100 international centuries. (Photo: PTI)

Mumbai: Sachin Tendulkar is considered arguably the best batsman of all time. The batting maestro scored over 34,000 runs in his international career, a world record. Tendulkar is also the first and only batsman to score 100 international centuries.

Speaking at a promotional event, the “Little Master’ revealed how a suggestion from a waiter of a Chennai hotel helped him improve his bat swing.

"If you have an open mind you can develop so many things. In Chennai it was a waiter who came up to me and said if you don't mind and don't get offended I want to tell you something. I said go ahead. He said my elbow guard restricts my bat swing. And he was 100 percent right,” said Tendulkar at an event organised to launch the ‘Sachin by Spartan’ range of sporting equipment.

The advise prompted Tendulkar to work on the design of his elbow guard.

"I knew I was feeling uncomfortable but I never thought of doing it myself. A few years down the line I got hit a couple of times on my elbow guard and it hurt. That's when I realised padding on elbow guard is inadequate.

“I instantly redesigned my elbow guard. I needed to re-open it and work on it. Get the fibre and cushion on either side to absorb the impact. In our country everyone from panwala to CEOs will give you advice. But one should still be open about ideas," added Tendulkar.

The ‘Master Blaster’ also shared an anecdote when West Indian cricketer Dwayne Bravo and Kieron Pollard tried to pull a prank on him.

“We were playing IPL when Dwayne Bravo and Kieron Pollard were constantly asking me about my habit of knocking my bat (with my knuckles),” Tendulkar said said. “I told them the bat speaks to me and we have our own language. So they decided to play a prank on me.

“So, Bravo came up with an idea. He had kept four bats next to his chair in the dressing room and asked me ‘which bat should I use today’. So, I started my usual routine and knocked the bats and started listening to the sound. After checking, I told him that they were all good but nothing great but since he had asked me, I told them which bats were good in that order.

“After listening to me, they burst out laughing and I said ‘why do you find this funny, I’m not kidding the bat speaks to me’. So Bravo pulled out a bat from his kit bag and told me ‘okay what about this one? This is my practice bat and it’s broken and doesn’t pick the ball that well anymore’.

“So, I had a look at it, knocked it and listened to the sound and said ‘my friend, your real bat is hiding in the kit bag, this is your real bat’. It turned out to be his match bat and he was actually trying to test me. I told him that believe me, the bat speaks to me.”