Indian pacer Jasprit Bumrah has told England captain Eoin Morgan to move on from the umpiring error that the latter says cost them the game. 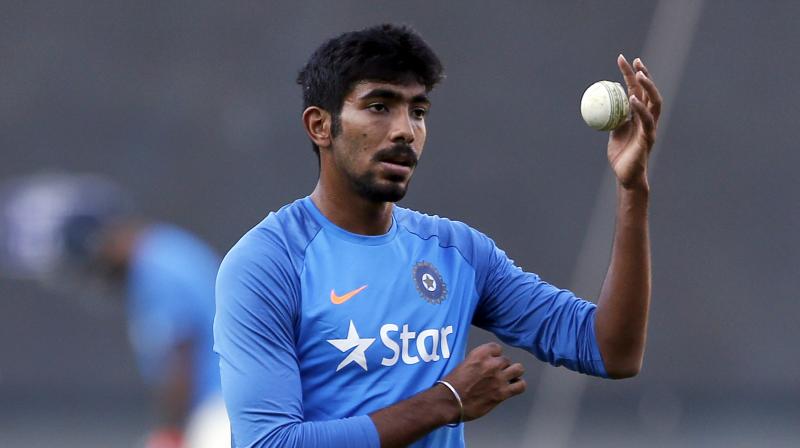 Jasprit Bumrah proved to be the matchwinner in the Nagpur T20. (Photo: AP)

Bengaluru: Ahead of the third and final T20, Indian pacer Jasprit Bumrah has indirectly asked England skipper Eoin Morgan, who is 'frustrated' after the umpiring mistakes that took place in the Nagpur game, to 'move on'.

According to Morgan, the umpire's decision to rule Joe Root out LBW at a crucial juncture cost them the second T20 against India and that they would raise the issue with the ICC match referee.

Root was adjudged LBW by umpire C Shamshuddin on the first ball of the last over when England needed eight runs. The decision in India's favour apparently proved to be the turning point of the match and allowed the Virat Kohli-led side to level the three-match series. As it turned out to be, Root and Jos Buttler and could score only two runs off the last over, bowled by Bumrah.

However, in the replays, it was visible that Root had edged the ball before it hit his pad. Another decision that earlier went against England was when Shamshuddin gave Kohli a reprieve when he appeared to be LBW on seven during the first innings.

"There is extreme frustration, absolutely," Morgan said after the match. "It shifted momentum, first ball of the 20th over, losing a batsman who's faced [almost] 40 balls on a wicket that's not that easy to time it is quite a hammer blow. It's proved very costly all things considered. A couple of decisions didn't go our way and we still should have won the game and that's a big positive for us. That we didn't, is disappointing."

He also heaped praise on veteran left-arm pacer and team-mate Ashish Nehra, saying the latter has a lot of experience at the international level and his guidance is very valuable.

"He (Nehra) has always been helpful. I have played the T20 World Cup with him as well. So, I have played a few matches with him. So, his guidance is always very valuable. He has played a lot of international cricket and has a lot of experience to share with us," he said.