Milind who took 35 wickets this Ranji season has been rewarded with a India A call-up to play Bangladesh in Hyderabad. 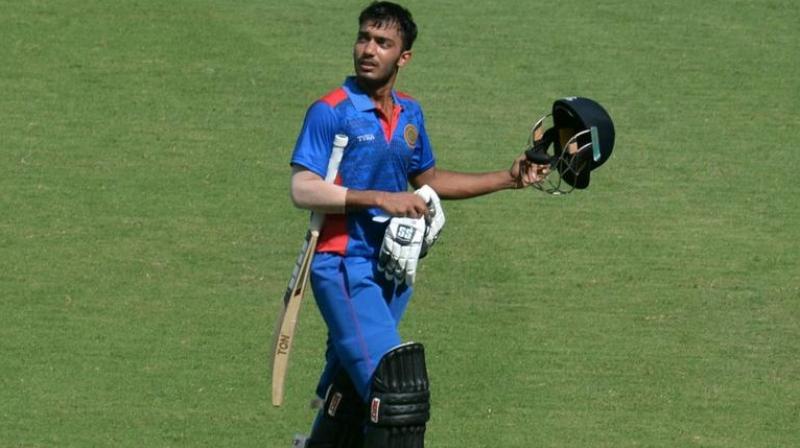 Chennai: Two professionals from Tamil Nadu have proved to be the catalyst to Hyderabad’s grand revival in domestic competitions. After a four-year struggle, Hyderabad made it to the quarterfinals of the Ranji Trophy this season under the new skipper-coach combo of S. Badrinath and Bharat Arun.

After achieving their “Ranji target”, Hyderabad have made a blistering start in the south zone inter-state T20 tournament for the Syed Mushtaq Ali Trophy here. Hyderabad who crushed Goa in their opener pulled off a stunning victory over Tamil Nadu on Monday to go top of the table with eight points.

Opener Tanmay Agarwal (85 off 49), skipper Badrinath (34) and left-arm pacer C.V. Milind (4/18) were the architects of Hyderabad’s 72-run win over Tamil Nadu at the M.A. Chidambaram Stadium.

At one stage, Hyderabad were cruising towards a total of 180+, but TN conceded only 29 runs in the last five years to restrict them to 165. Coach Arun said Hyderabad were short of at least 20 runs, but Milind’s brilliant spell in which he took three quick wickets to reduce TN to 45/4 made it a comprehensive win. Under Arun, the former bowling coach of India, Hyderabad pacers Milind, Ravi Kiran and Md Siraj have come of age. Milind who took 35 wickets this Ranji season has been rewarded with a India A call-up to play Bangladesh in Hyderabad. Siraj, who bagged 41 wickets in Ranji, represented Rest of India in the Irani Cup.

“My initial job was to give them feedback on their strengths. Once it was identified, the next important aspect was to be consistent. That’s exactly what they (bowlers) have done,” said Arun.

Arun said the tournament is a great platform for some of his players to showcase their skill and land IPL contracts with scouts from various franchisees keenly watching.