What was behind Zimbabwe captain’s one-ball declaration?

Why would anybody go out there, hit the first ball for six, and then declare? 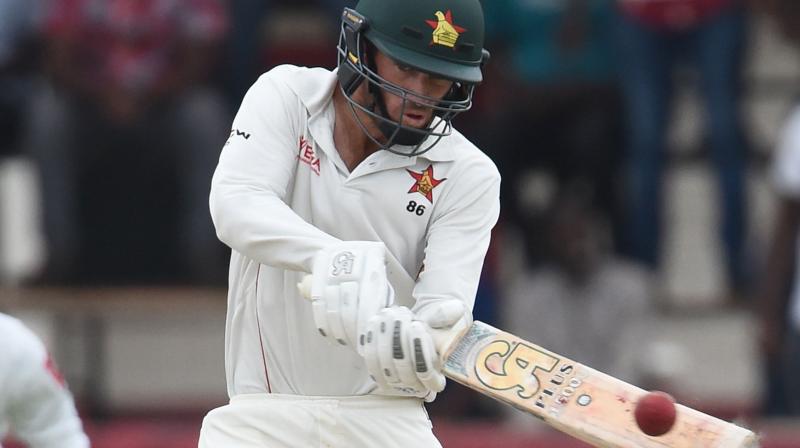 Zimbabwe captain Sean Williams plays a shot during the fourth day of the second Test cricket match between Zimbabwe and Sri Lanka at the Harare Sports Club in Harare on January 30, 2020. (AFP)

With Zimbabwe’s score at 241 for 7 in the second innings versus Sri Lanka on Friday, captain Sean Williams chose not to declare at the end of the fourth day’s play. He was not out 47.

So on the morrow, he strode out to bat, and hit the first ball bowled for six to reach his fifty. And then, he declared.

Huh? Just to get to his fifty? Well not quite, according to the Zimbabwe captain’s father Colin Williams, himself a former cricketer who played five first class matches.

Sean was not eyeing his individual half century before declaration, the dad said. “Definitely the half century was not on his mind," said Colin, speaking to this correspondent on the telephone from Harare.

Improbable? Well, not quite, again. Colin Williams sent an audio clip of his overnight conversation with his son. “I’ll pick the option of using heavy roller in the morning and then declare the innings. I intend to give them a target of about 355 runs, i.e. 4 runs per an over," he is heard saying.

“Rain and weather will play an important part in the matter but I can't do anything about that. We already had a few delays and interruptions in the match (on the fourth day) but I am very keen and positive on winning the match," he had said said on the eve of the match.

As it turned out, Sean Williams had to be content with a draw. Kusal Mendis' ton saved Sri Lanka from losing the Test.