Pakistan has not hosted any international cricket tournaments since the terror attack on the Sri Lankan team bus in Lahore in 2009. 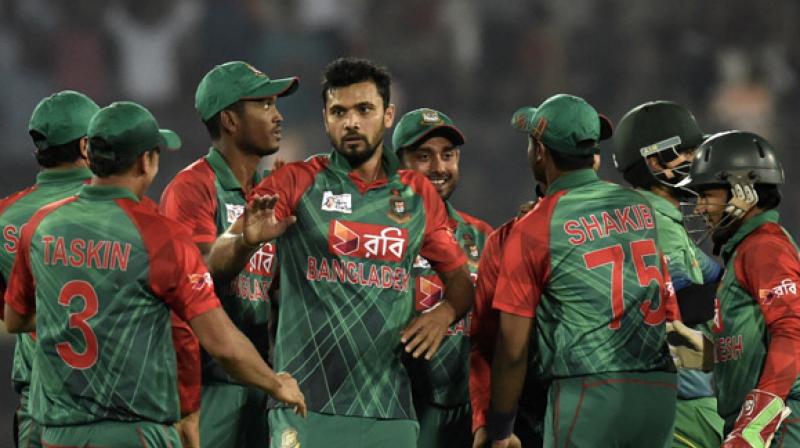 Dhaka: The Bangladesh Cricket Board (BCB) has turned down the Pakistan Cricket Board's (PCB) proposal to send its national team to Pakistan for two-match T20 series sometime before July this year.

The BCB has also denied the PCB's offer to compensate them after Bangladesh refused to tour Pakistan due to security concerns.

Confirming the news, BCB's media and communications committee chairman Jalal Younus said, "The reports were not satisfactory enough due to which we had to pull back."

After successfully hosting the Pakistan Super League (PSL) final in Lahore on March 5, the PCB had earlier this month sent a proposal to their Bangladesh counterparts to play two T20s following the 2017 Champions Trophy in June.

However, PCB chairman Shahryar Khan recently said that although his side are keen to host Bangladesh, the chances for the same are not bright.

"We want to host Bangladesh but its chances are not bright. Some of our friends think they may tour but I feel they will not because of political concerns more than security concerns. But during ICC meeting I will speak to my Bangladesh counterpart and may re-negotiate our tour to Bangladesh this year and ask them to compensate us for not touring Pakistan," Shahryar had said.

On their last visit to Bangladesh in 2015, the PCB had reportedly taken 325,000 dollars and justified it by saying that the series had "technically" been Pakistan's home series.

This year, the BCB has rejected all proposals to share revenue although they were open to playing at a neutral venue if needed.

With this, Bangladesh become the fourth team -after West Indies, Ireland and Sri Lanka - to reject travelling to Pakistan in the last two years.

Pakistan has not hosted any international cricket tournaments since the terror attack on the Sri Lankan team bus in Lahore in 2009.