IPL 10: No pressure, but no playing catch-up either, says Vettori

Vettori also added that the team is equipped to deal with Kohli’s unavailability. 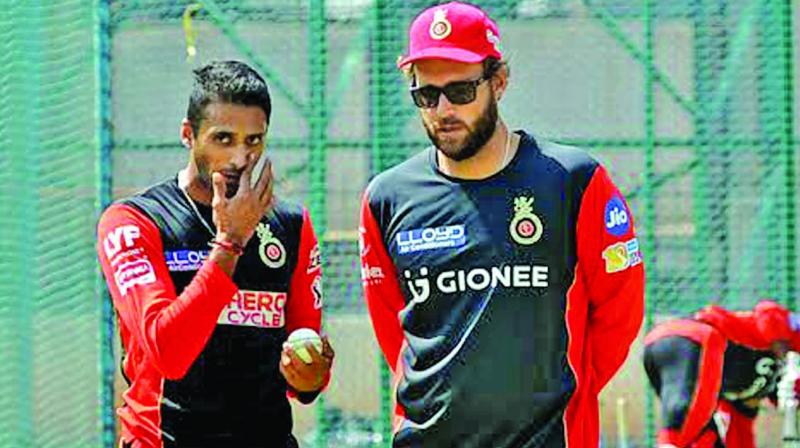 Bengaluru: As international cricket gets pushed to the back burner, the franchise-based cricket will be the norm for the players for the next seven weeks as the Indian Premier League is set to kick off from April 5.

Having faltered at the final step, at their home ground no less, in the previous edition, Royal Challengers Bangalore are keen to go one step further in the 10th edition of the IPL. And it has to start, according to head coach Daniel Vettori, with changing their habit of starting slow and playing catch up.

“It’s really simple. We always have a habit of starting slowly and we want to change that this time,” said Vettori on Thursday.

“That’s not to put pressure on ourselves for the first few games, but there’s a focus on starting well and understanding how difficult the schedule is in April. If we have a good April, that will go a long way towards having a good IPL,” said the head coach on the sidelines of a net session.

“We have to play around 15 games (in April). Managing players is important. If we have a clear game-plan for every team we come up against, the travel won’t get to us and we won’t have to worry about the lack of training,” he added.

‘No clear picture on Kohli’

With questions marks looming over the availability of talismanic skipper Virat Kohli due to a shoulder injury, the former Kiwi spinner revealed that there is not much he can add to the situation.

“He will come in on April 2. Between now and then, the BCCI doctors and physio will speak to us (on his condition) and our medical staff will get a clearer picture. Right now, we don’t have a clear picture on his availability. We’ll know in the next few days,” he stated adding that South African AB de Villiers is likely to captain in Virat’s absence.

Vettori also added that the team is equipped to deal with Kohli’s unavailability.

“Fortunately, we have a number of exceptional batsmen who haven’t got many playing chances like Sarfaraz Khan and Mandeep Singh. It’s a huge asset for us that someone else can fill in those gaps,” remarked the 38-year-old.

The New Zealander also opened up about having bowling options, which has been boosted considerably during the auction, to manage the schedule. The biggest buy of the lot being Englishman Tymal Mills.

“(Having options is) not a headache. (It) just gives us an opportunity to manage our fast bowlers, going by how tough our schedule is. Tymal, (Adam) Milne and (Samuel) Badree...all proven performers. We’ve got (Billy) Stanlake as well.  I’m sure they’ll all get an opportunity,” he signed off adding that knowing Mills during his time in Brisbane Heat played a part in his acquisition.