Rahane was also keen to let bygones be bygones. 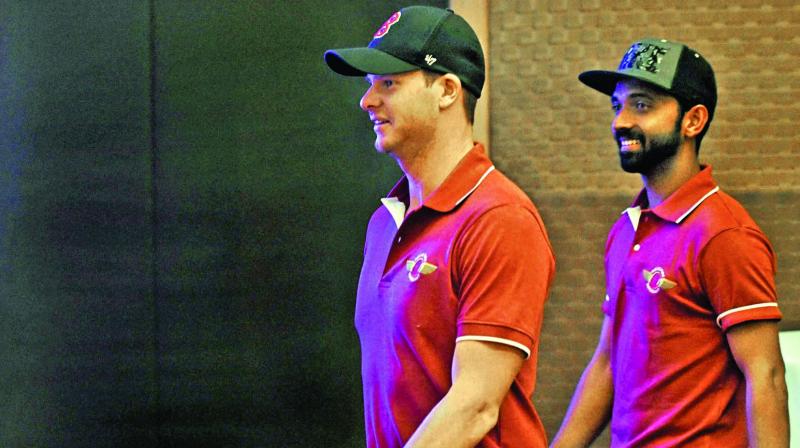 New Delhi: Rising Pune Supergiant downplayed the likelihood of bad blood between Indians and Australians in the squad following an ill-tempered Test series, insisting on a fresh beginning under new skipper Steve Smith.

Team owner Sanjiv Goenka, sitting between Smith and Ajinkya Ranane at an interaction here on Thursday, said the focus was now entirely on the Indian Premier League and players were “completely united” to achieve success under Smith.

Smith, who takes over from Mahendra Singh Dhoni as captain of the IPL side, agreed.

“The Test series is done and dusted. India outplayed us and won the series. I am keen to move on from it and take over charge of Pune. I am privileged to lead this good bunch of players,” Smith said, adding that he had no idea about whom India skipper Virat Kohli did not intend to be friends with amongst the Australians.

“That is for Virat to answer. I don’t know if I am one of those couple of players Virat was hinting at in his tweet,” he added.

Rahane was also keen to let bygones be bygones. “Now our focus is on the IPL. What happened, happened. We know each other well. So it is up to the players to play for their team,” India’s captain in the series-deciding fourth Test said.

Rahane also clarified the Indian players were too busy celebrating the end of a long and fruitful series in their dressing room; hence their failure to accept Australia’s invitation for a drink after the series.