The former India captain met trainees at the academy and interacted with them for close to 90 minutes. 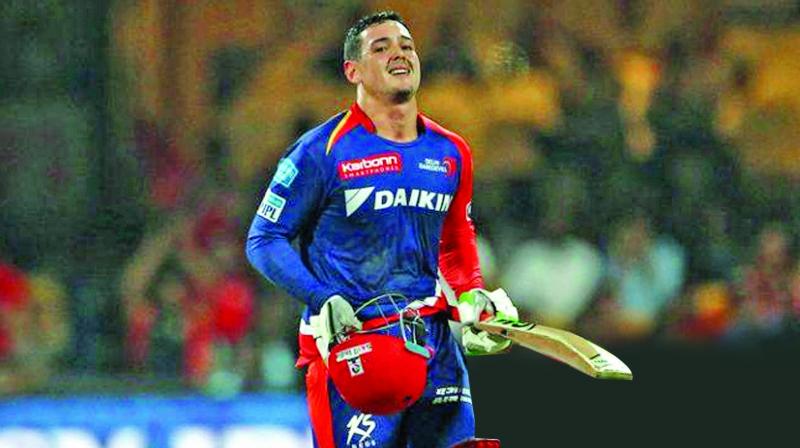 New Delhi: Delhi Daredevils mentor Rahul Dravid hopes that the team’s 2017 campaign gets off on a positive note. On the first day of DD’s practice session for the season at their academy in Palam Vihar, the former India captain met trainees at the academy and interacted with them for close to 90 minutes.

With his star draws J.P. Duminy and Quinton de Kock withdrawing for differing reasons, Dravid said they would have to look at the others to fill roles the two South Africans had been slotted for.

“It is obviously a big blow when you lose big players like Duminy and Quinny. If these things happen before the auction, then it is easier because you can plan better. But then this is how it goes and you cannot help it,” said Dravid.

“We do have talented players like Sam Billings and hopefully they can go up and perform. We have guys like Karun, Sanju, Shreyas and (Aditya) Tare, Rishabh (Pant). We will also look to strategise better and give the younger players a good opportunity.

“In a format like the IPL, it is also important to rest the players and keep them fresh and we will also look at that and give it our best,” he added.

The Daredevils have added all-rounders Corey Anderson and Angelo Mathews besides quick bowlers in South Africa’s Kagiso Rabada and Pat Cummins of Australia to give skipper Zaheer Khan a range of options.

“We have a lot of youngsters in the team and that is where we needed Zaheer, as he brings in that knowledge and sense of calm in the dressing room. You need that when you are playing a tournament like the IPL,” he said.