Gayle becomes first player in IPL to hit 300 plus sixes

Gayle, the left-hander as a result of his four sixes took his sixes count to 302 in 114 innings in the IPL.. 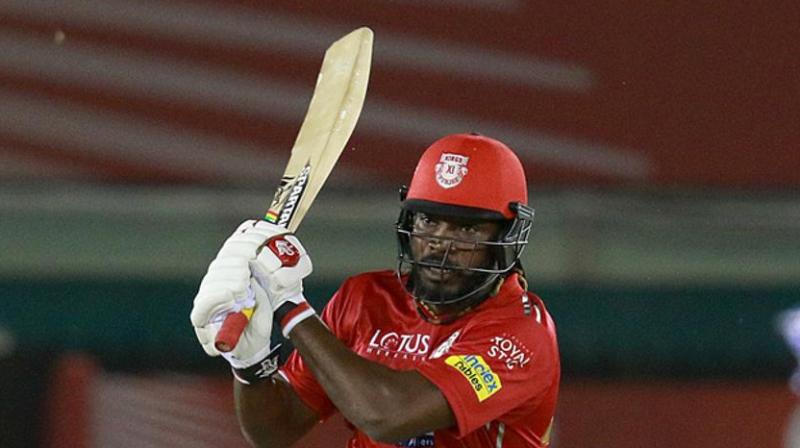 South Africa's AB de Villiers is the second batsman on the list of most number of sixes. (Photo: BCCI)

Mohali: Chris Gayle, the West Indies left-handed batsman on Saturday became the first player in the Indian Premier League (IPL) to smash over 300 sixes in the tournament as he scored a quickfire knock of 40 runs for his team Kings XI Punjab against the Mumbai Indians.

Gayle struck four sixes during his 24-ball knock to set up a successful run chase for Punjab who were able to defeat Mumbai Indians by eight wickets.

The left-hander as a result of his four sixes took his sixes count to 302 in 114 innings in the IPL. Gayle hit two back-to-back sixes against Mumbai Indians pacer Mitchell McClenaghan to achieve this feat at Mohali.

South Africa's AB de Villiers is the second batsman on the list of most number of sixes. He has a total of 192 sixes in 131 IPL innings whereas Chennai Super Kings skipper MS Dhoni is on the third position with 187 sixes.

Punjab had acquired Gayle in the 2018 IPL auction after he remained unsold in two rounds of bidding.

Kings XI Punjab takes on Delhi Capitals in their next match on Monday, April 1.