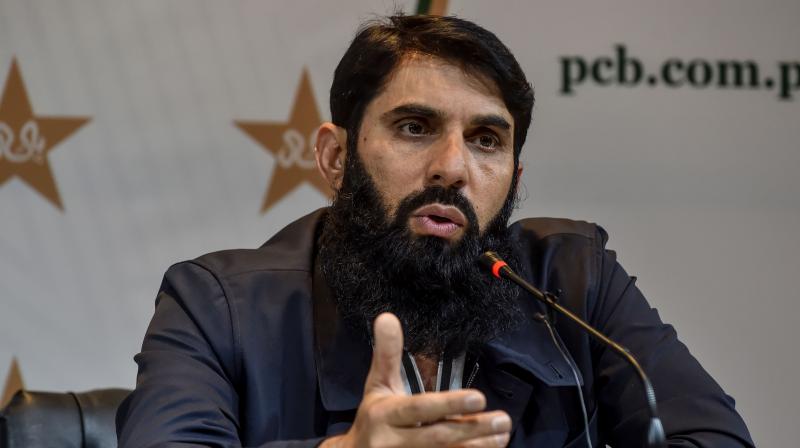 Karachi: Pakistan head coach and chief selector Misbah-ul-Haq on Tuesday demanded a clear policy in dealing with players who are found guilty of corruption at any level.

However, the former Test captain also didn't agree with the public comments made by Muhammad Hafeez, who feels tainted players should not be allowed back into the national team.

"It is my personal opinion that as a player you shouldn't express your opinion. It's the job of ICC and PCB who have the authority on these matters and they take decisions as per existing law," he said in a video interaction with the print media.

He advised Hafeez to avoid making comments because as a player one has to share the dressing room with others.

"It is good that the PCB CEO Wasim Khan has had a long talk with Hafeez on this issue and heard the player's ideas as well."

Asked about Hafeez's suggestion that a clause should be put into the players’ contracts on the issue of action on a player found guilty of corruption, Misbah said that there should be a unanimous law for all players.

"But we have to take into account many things like a player's education and his understanding of his position and situation and his decision making ability. In most cases we have seen are about players failing to report any approaches to them."

Misbah also indicated that Hafeez may not be in the team's future plans in the ODI format. "We will have to see whether Hafeez would be playing in the 2023 World Cup because you have to start planning much ahead for a World Cup."