In fact, Paine feels that a rising crop of young talent will compete with Steve Smith to be Australia's next captain 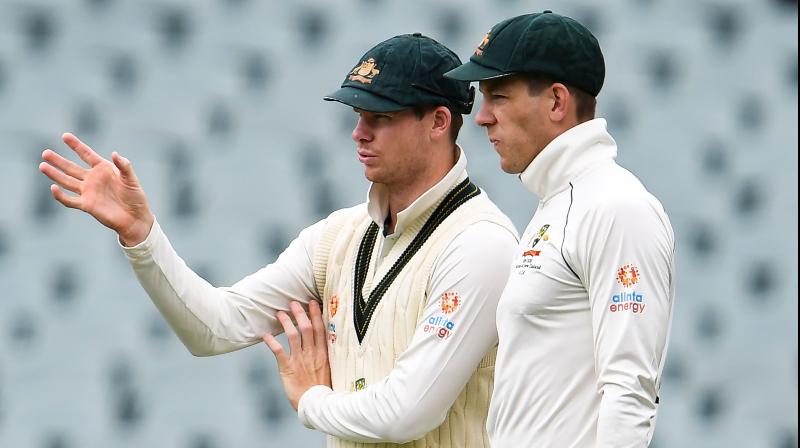 Melbourne: Steve Smith's leadership ban ending recently, there are doubts over Tim Paine's future as Australia Test captain but the latter was supportive of the former skipper regaining the captaincy.

"He was an excellent captain for me to play under. I hoped when this was all going on he would get the opportunity to lead his country again.

"He's got one of the great cricket brains so when we're out there, I enjoy getting his feedback and I'm sure we'll continue to do that for the next little bit," he added.

But Paine felt that a rising crop of young talent will compete with Steve Smith to be Australia's next captain.

Although he has not spoken with Smith about the captaincy the 30-year-old batsman would not be the only candidate for the role, felt Paine.

"We've got a number of guys to choose from who can put their hand up," he said.

"The people who are developing underneath like a Travis Head or an Alex Carey -- Marnus Labuschagne and Pat Cummins are other ones.

"We're starting to build some real depth so that when my time's up we've got a number of options."