The Bengal pacewoman’s 3/23 restricted England to 228/7 in the final at Lord’s but India choked under pressure towards the end to lose narrowly. 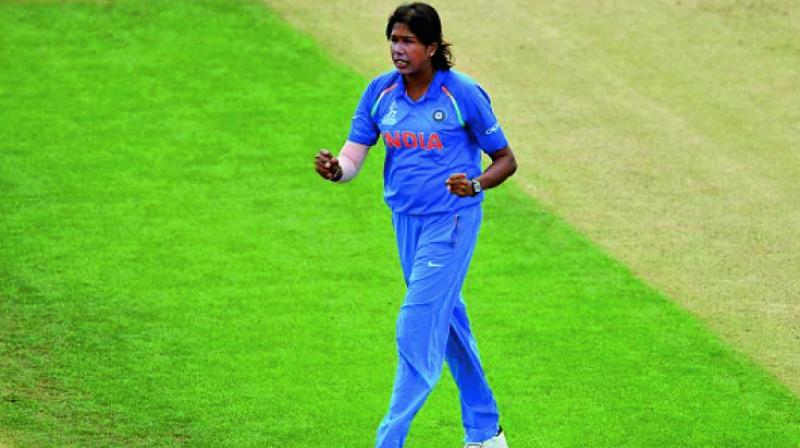 Indian women cricket team’s star pacer Jhulan Goswami has said the nine run loss to England in the ICC World Cup final in London, will continue to haunt the team.

“We are touched by the way India embraced and welcomed us despite losing but till we win a World Cup, the ‘number nine’ (referring to the nine-run loss) will continue to haunt us,” Jhulan said at a felicitation ceremony on the occasion of Mohun Bagan Day in Kolkata on Saturday. The Bengal pacewoman’s 3/23 restricted England to 228/7 in the final at Lord’s but India choked under pressure towards the end to lose narrowly.

“I am focusing on the game. I am so busy with it that I will not be able to devote time to anything else. There’s a lot of time for that,” Jhulan said. “If I cannot devote time to a relationship then I won’t be able to do justice to it. I would prefer to do one thing at a time,” she added.

“I have seen my friends and how they struggle to balance two things at one time.” At the event, Mohun Bagan also felicitated former India defender Subrata Bhattacharya, who became the 17th recipient of the club’s highest honour, the Mohun Bagan Ratna.

Bhattacharya is known for his unflinching association with the club as a player over a 17-year club career. “It’s an honour playing for Mohun Bagan from March 6, 1974 to June 8, 1991,” he said.