ENG vs SA: Mountain to climb for Proteas 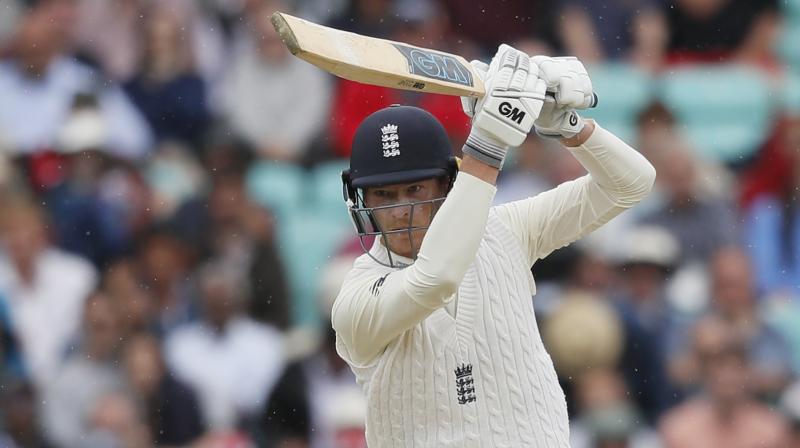 England's Tom Westley plays a shot off the bowling of South Africa's Chris Morris on the third day of the third test match between England and South Africa at The Oval cricket ground in London. (Photo: AP)

London: Jonny Bairstow made a run-a-ball fifty as England left South Africa needing to rewrite the record books if they were to pull off an astounding win in the third Test. England set South Africa a colossal victory target of 492 in the 100th Test at The Oval when captain Joe Root declared his side’s second innings on 313/8 shortly before tea on the fourth day.

The most any side have made to win in the fourth innings of a Test is the West Indies’ 418/7 against Australia at St John’s in 2002/03. And the largest fourth innings total in a Test at The Oval is the 429/8 posted by India against England in 1979, when Sunil Gavaskar struck a superb double century in a thrilling draw.

A draw now appeared to the only realistic aim for South Africa in this match, with the tourists needing to bat out a session plus Monday’s last day to keep the four-match series all square at 1-1 heading into next week’s finale at Old Trafford.

Keshav Maharaj took two wickets for no runs in four balls shortly after lunch to remove the well-set duo of debutant Tom Westley (59) and Root (50).

But Stokes, whose 112 in a first-innings total of 353 helped establish England’s strong position in this match, kept the runs coming with a brisk 31. Bairstow, whose fifty featured six fours, then scored rapidly.

Meanwhile Toby Roland-Jones, once more enjoyed himself with the bat on his Test debut by hitting two sixes in his 23 not out. England knew that if Middlesex seamer Roland-Jones produced anything like his stunning return of five for 57 in the tourists’ meagre first-innings 175, they would be well on their way to victory.