Back in December 2017, the Sri Lankan cricket team was left gasping for breath during a Test match at the Feroz Shah Kotla. 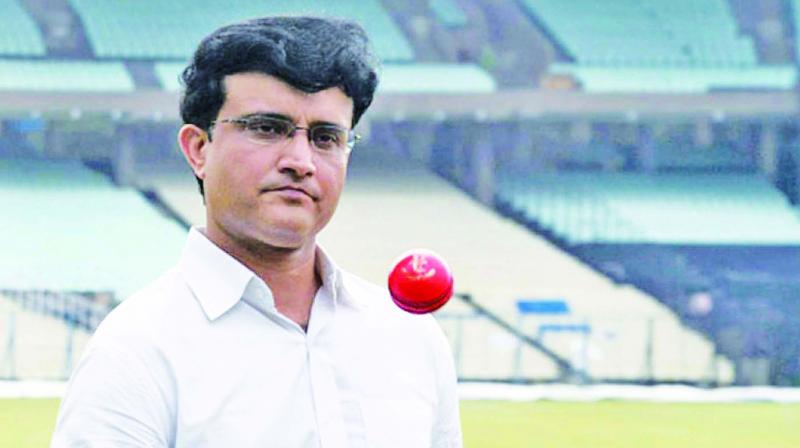 The newly-elected BCCI boss, Sourav Ganguly, said that in future they would be more 'practical'. (Photo: File)

Kolkata: The opening T20 against Bangladesh can't be cancelled at the last minute despite deteriorating air quality in the capital, said BCCI President Sourav Ganguly but dropped hints that North India venues may not be considered for matches after Diwali in future.

Paddy burning in the Northern states of Haryana and Punjab combined with bursting of crackers during Diwali celebrations severely impact the air quality in the National Capital Region (NCR), every year.

"It's too late to do anything because a lot of preparations go into matches like tickets, crowds everything. So it's not possible to cancel things at the last minute. Fingers crossed," Ganguly said at Eden Gardens.

Bangladesh batsman Liton Das was seen wearing a mask during their first practice session ahead of the Sunday's match though he later claimed it was not because of air pollution.

Back in December 2017, the Sri Lankan cricket team was left gasping for breath during a Test match at the Feroz Shah Kotla, forcing most of their players to wear protective masks as some even fell sick.

The newly-elected BCCI boss said in future they would be more "practical".

"I think we will do that (consultation). In future, when we schedule, especially in the northern part of India during the winter, we will have to be a little bit more practical."

"But we have spoken to the Delhi authorities in the last two days. They're expecting the match to go through. The match was already scheduled so we couldn't cancel it at the last minute because we came in on October 23."

"I know post-Diwali it's a bit tough in the North (India). I hope everything goes fine. I spoke to the groundsmen and they said once the sun comes out, it'll be fine. He was my groundsman during Delhi Capitals days. I know him well so he said everything will be fine. We want the game to happen."

The Ministry of Earth Sciences' air quality monitor, SAFAR, is hoping that air quality which is in 'severe' category as of now, will improve by Friday but it will still be on the lower the side of the 'very poor category' at least till Saturday.