It’s been an exciting and fruitful 2017 for Indian cricket, what with success, rewards, riches aplenty, not forgetting a few controversies of course. 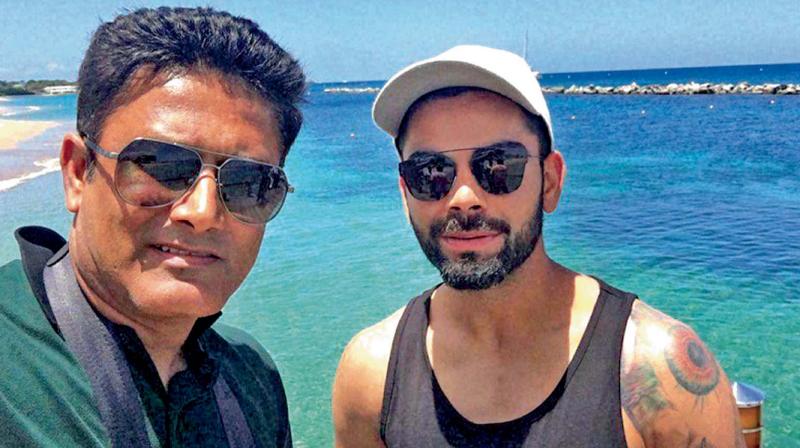 It’s been an exciting and fruitful 2017 for Indian cricket, what with success, rewards, riches aplenty, not forgetting a few controversies of course. Here’s my list of the five most impactful people/events in the year gone by.

Kohli The Unstoppable
The talismanic batsman and captain had truly memorable year, scoring 2818 runs in Tests, ODIs and T20s, the highest by any player. While Steve Smith may have edged past him in Tests, Kohli is undoubtedly the best across formats. Even in the 5-day game, he scored three double centuries.

Brilliant batting apart, Kohli led the team aggressively, infusing dynamism and deep ambition in his colleagues. In 2017 India chased victories unrelentingly and remained undefeated in every bilateral series. The only reversal was losing to Pakistan in the Champions Trophy final. In hindsight, and in the context of what Kohli and the team achieved in the year, this is no more than a blip.
Kohli is unarguably the game’s biggest drawcard today as also the world’s highest earning cricketer. But above all, he seems to be driven by a quest for excellence that is serving him and Indian cricket superbly.

Selection on the ball
The role of selectors is usually glossed over if unless the team is doing badly. But the selection committee led by M S K Prasad must be given credit for making the right choices and a virtue out of rotating players. Both contributed to India’s fantastic record in 2017.

At the start of the year, the committee had to be reconstituted following the Justice Lodha panel recommendations. But the selectors went about their task unperturbed, picking players on form plus on a ‘horses-for-courses’ strategy, all the while working on short term results as well as medium-term planning.

Phew! That is complex. Some decisions seemed highly controversial too. Resting ace spinners Ashwin and Jadeja from limited overs matches and giving rookies Kuldeep and Chahal and extended run, recalling old hands Dinesh Karthik and Parthiv Patel, reposing full faith in M S Dhoni even when he was struggling. Ultimately, though, results vindicated every step taken.

Women cricketers turn queens of hearts
Won the hearts and admiration of the entire nation with their sterling display in the World Cup, reaching the final after a series of stunning victories, most notably in the semi-final against Australia.

The innings played in this match by Harmanpreet Kaur was a hark back to the 175 not out by Kapil Dev in the 1983 World Cup. As impressive too for its big hitting and the crisis in which it was played.

Led superbly by the regal Mithali Raj, a team that almost never made it to the tournament, went from strength to strength, reaching a crescendo approaching the final. A fine blend of youth and experience made this journey both riveting and rewarding. The title proved elusive, but a whole new universe of fans had been won.

IPL hits skeptics for 6
Global media rights for the Indian Premier League came up for auction in 2017, riding high on suspense. The BCCI was at loggerheads with the Committee Of Administrators appointed by the Supreme Court to implement the Justice Lodha committee recommendations. An environment of uncertainty prevailed.

The intervention of the apex court, it might be recalled, had its locus in the spot-fixing scam in the IPL in 2013. Had the league lost some of its lustre? Even with two major broadcasters leading the battle for the rights, how would the valuation fare this time compared to 2008 when the IPL started?

In the event, Star India coughed up a whopping Rs 16347.50 crore as rights for five years. In 2008, Sony had paid Rs 8200 crore for a 10-year broadcast right. Where the rights period had halved, the money had doubled. IPL had hit all detractors for a six.

Breaking up, then making up
The year ended on a high pleasing note as Anil Kumble and Virat Kohli, estranged as coach and captain following weeks of unsavoury controversy, seemed to put the past behind them. The coach-captain relationship is gone, but the fraternal friendship looks revived, thanks to the grace and magnanimity shown by both: Kohli for sending out the invitation to his wedding reception and Kumble for attending it.