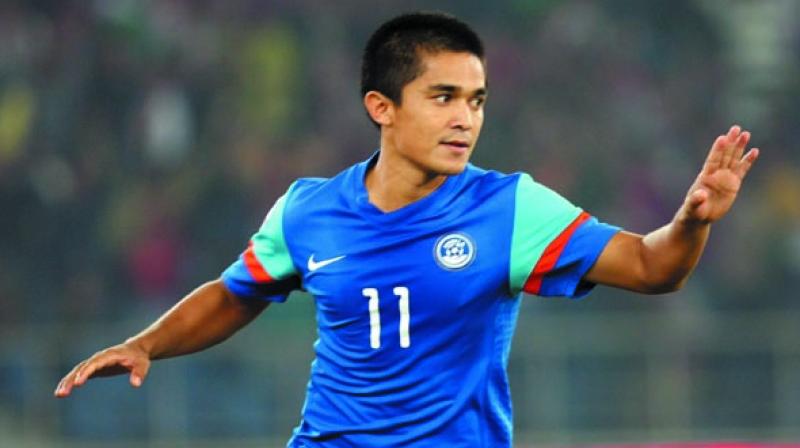 Kudos to India for a memorable 1-0 away win against Myanmar in the Asian Cup qualifiers earlier this week. It can rank as one of the best results by the national team in the 21st century as Myanmar were a bogey team for India.

Myanmar maybe ranked below India but at Yangon, they are difficult to beat. India’s last win there was when the city was called Rangoon and the country was known as Burma. It was 64 years ago in the 2nd Quadrangular tournament in 1953. Late Padma Shree Sailen Manna was captain and India won 4-2 with goals by centre forward M. Thangaraj (2) of Madurai TVS Greens, winger P. Venkatesh and inside forward Ahmed Khan.

An away win over a country who have recently qualified for the U20 World Cup tournament will boost the Indian players’ confidence. Also this victory almost ensures India’s qualification for the expanded 24-team Asian Cup final round in UAE in 2019.

Two teams from each group will progress. In the same group Kyrgyzstan struggled at home to beat unfancied Macau 1-0. So if India maintain their momentum and not get complacent, on current form they should win all three home matches and thereby reach the Asian Cup final for the fourth time (after 1964, 1984 and 2011).

National coach Stephen Constantine is also to be lauded for his persistence and self-belief. His second stint as national coach started with a World Cup qualifier against Nepal on March 12, 2015. During these two years he cast his net far and wide and gave international debuts to 32 players.

Some like defenders Keegan Pereira and Rino Anto lasted for a few matches while others like midfielders Eugenson Lyngdoh, Rowlin Borges and right back Pritam Kotal made the cut and are now regulars in the national team.

Despite criticism Constantine stuck to his policy of mainly choosing players who had the fitness, desire and commitment to play for India. Two years later, he is having the last laugh as he has a settled team, that is delivering results.

Of the 11 who started on March 12, 2015, only five featured in the win over Myanmar on March 28, 2017, Kotal, Lyngdoh, Sandesh Jhingan, Sunil Chettri and Robin Singh. Kotal, Lyngdoh and Jhingan made their debut against Nepal two years ago.

The speed and thrust of 20 year old substitute winger Udanta Singh was India’s biggest gain against Myanmar. Wing backs Kotal and Narayan Das overlapped well and central defender Anas Edathodika displayed good composure under pressure. Skipper Chettri is still a lethal finisher. However the worries are that central striker Robin Singh was slow and tentative and Jhingan was often drawn out of position.

Constantine’s team had many positives from this win. However in the new millennium, India’s best result still remains the World Cup qualifier in Bengaluru on April 8, 2001. India upset the UAE 1-0 and for the first time, beat a country ranked 60 places ahead of them in a Fifa-recognised event. This victory was remarkable as then national coach Sukhwinder Singh’s selection was limited to just three players from each club, so as not to disturb the ongoing 5th National Football League.