Kazan has a few old-world charms like horse-driven carriages to see around the city. 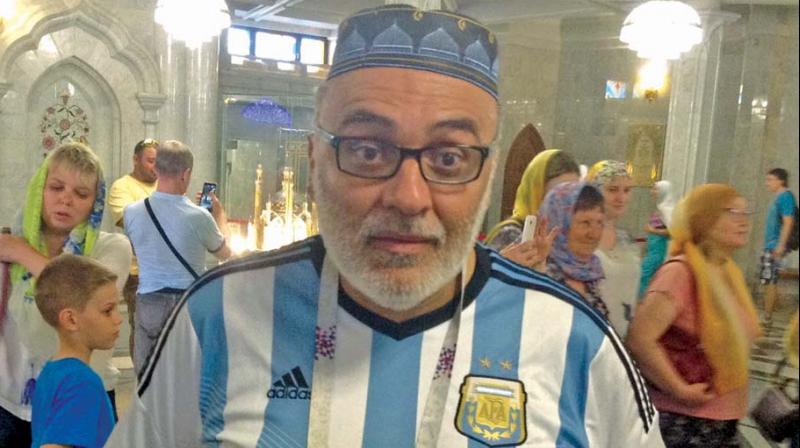 Kazan: The imposing Kul Sharif mosque in Kazan, the cultural capital of Tatar Muslims, may not have seen more diverse visitors than it did on Saturday ahead of Argentina’s last 16 match against France in the 2018 World Cup.

A set of Argentine fans with the cap Muslims typically wear in this part of the world went around the mosque in all reverence. Cesar Horacio, one of them, said he wasn’t a Muslim. “We prayed for Argentina and Messi,” he said.

Can you separate a Brazilian and football? Clearly not, as a man from the samba land played football with his little son inside the mosque complex.

The city, located on the confluence of the Volga and Kazanka rivers, is a melting pot of cultures. A vintage cathedral sits near the Kul Sharif mosque.  On the outskirts of the city, there is an all-faith temple.  The Kazan Kremlin is a world heritage site.

Kazan has a few old-world charms like horse-driven carriages to see around the city. Colourful cycle rickshaws are also available near tourist spots for hire.

While Messi was getting ready to take on Antoine Griezmann, a couple tied the knot inside the mosque complex. When asked whether they were planning to go to the Kazan Arena straight to watch one of the most important matches of the 2018 World Cup, the couple offered a resounding ‘no’ for an answer. They didn’t want to spend the most important day of their life by watching 22 grown up men chase a ball furiously for 90 minutes or more. Fair enough.