MFA set to get the ball rolling

Slowly becoming the primary stadium of Mumbai, the venue is moving towards AFC compliance. 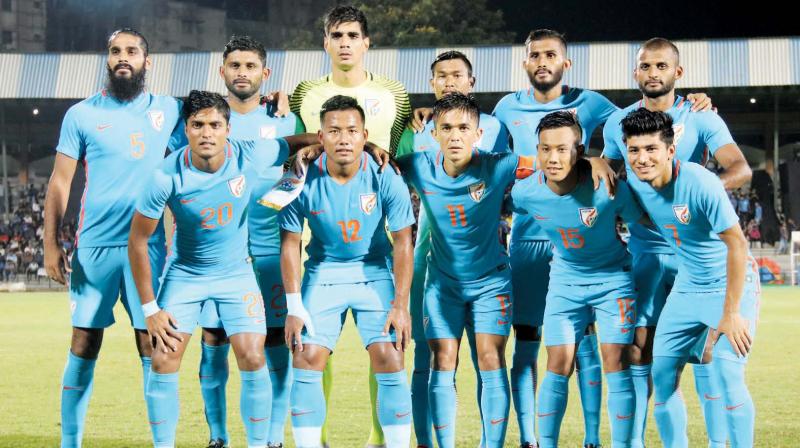 A couple of months ago, there came a change in the dynamics of Indian football. Not game wise but in the way the sport is viewed — a video posted by Sunil Chhetri on his social media accounts urging  fans to watch the games at the Mumbai Football Arena where the four-nation cup was underway. In this day and age, a video of a boy yodeling in a mart can go viral and Chhetri has much more to offer.

Even though the stadium can accommodate around 8000 people, it was quite a scene. The question is — will fans still remember Chhetri’s plea even when he is not playing?

Mumbai City FC will play its first Indian Super League game on October 2 at the same stadium against Jamshedpur FC and the stadium authorities have tried to create a better experience for the fans.

It might not be the most impressive stadium in terms of seats or the look but the pitch is special. Dinesh Nair, who is the trustee of the complex suggests that the management is working towards making the stadium Asian Football Confederation (AFC) compliant. “It will take some time since there are a lot of things. The anti-doping room, the commissioner’s room, stands and many other things but the work is under progress is what I can tell you,” says Nair.

“Currently a VIP lounge has been set up for the ISL and soon we might look at that space to become one stand,” he adds.

The pitch did surprise a lot of people in the international cup. The monsoons here are different from other cities. The showers can continue for even a week. While the Intercontinental Cup was underway, many were doubtful of rain halting the games. In football, if there pitch can soak up water, the rains do not matter. “Dus din baarish hua na phir bhi match khelega apne ground pe (Even if it rains for 10 days, match will be played on this ground),” is the confidence of one of the groundsmen at the Mumbai Football Arena.

“When it comes to rain, we have created small holes in order to let the water pass. We have a rain water harvesting system to store the water that lashes down on the pitch,” he adds.

From what has been seen, a lot of faith has been placed by the local authorities as well as the All India Football Federation (AIFF) in this stadium. With a long season this time at the ISL, it will be a test to determine it.