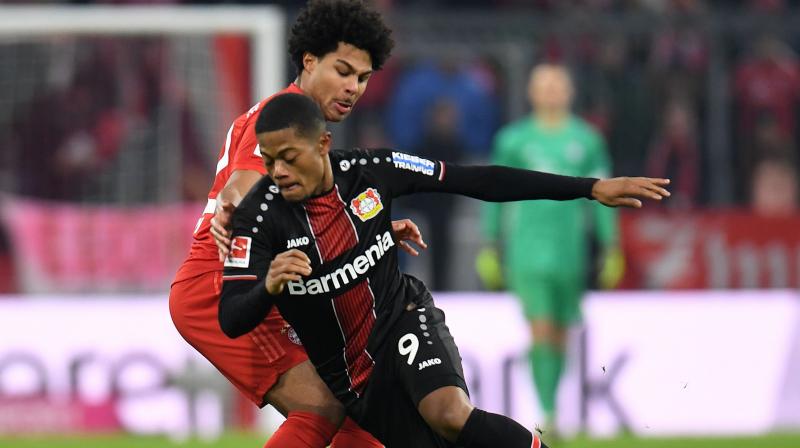 Bayern, who had won their previous four games in all competitions under Flick, hit the woodwork three times and missed close to a dozen golden chances from top scorer Robert Lewandowski, Serge Gnabry and Ivan Perisic among others.

It was the first time under Flick that the team conceded any goals having had a 16-0 goal record in the previous four games.

“I did not go crazy after the first four victories and it won’t happen now either,” Flick told broadcaster Sky.

“In the first half we did not pay attention twice and we knew they were strong on the break. They used that ruthlessly. I cannot blame my players as far as their will and commitment is concerned. We were just wasteful with our chances.”

Leverkusen were left with 10 men after a red card for Jonathan Tah after he brought down Philippe Coutinho in the 82nd minute and survived enormous pressure to hold on to a memorable win.

The visitors, who in total ran six kilometres more than their opponents and outsprinted them as well, drew first blood in the 10th minute with Bailey, back from a two-game suspension, charging clear to latch onto a Kevin Volland pass and score.

It was another scintillating run by the 22-year-old that exposed the Bayern backline once more and put them ahead again, only a minute after Thomas Mueller had drawn the hosts level. It was Mueller’s first goal since March after having fallen out of favour with Flick’s predecessor Niko Kovac.

The Bavarians tried everything they could think of to get an equaliser in a one-sided second half.

But Leverkusen keeper Lukas Hradecky made a string of outstanding saves, including two consecutive one-handed rescues in a matter of seconds, and the woodwork also helped repeatedly.

Bayern, who had won the previous six games at home against Leverkusen, dropped to fourth place on 24 points, three behind leaders RB Leipzig who won 3-2 against Paderborn. Leverkusen moved up to seventh on 22 points.