Southgate’s side will be amongst the favourites after reaching the semi-finals of the World Cup in Russia. 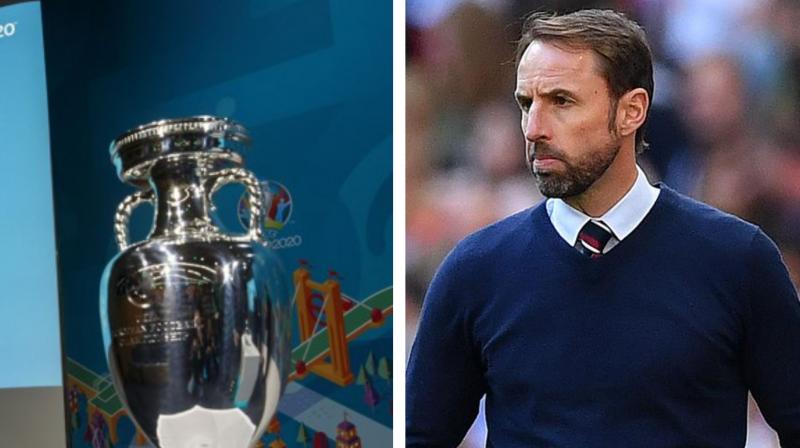 England manager Gareth Southgate believes the margins will be fine and 'eight or 10 big nations' are in the frame to win Euro 2020. (Photo:AP/AFP)

London: England manager Gareth Southgate believes the margins will be fine and “eight or 10 big nations” are in the frame to win Euro 2020 after the draw for the tournament was made on Saturday.

Southgate’s side will be amongst the favourites after reaching the semi-finals of the World Cup in Russia, although they will be up against Croatia, the side that knocked them out, in Group D along with Czech Republic and a playoff winner.

With the tournament being spread across 12 nations, England will have the advantage of playing each of their group games at Wembley, as well as the semi-final and final if they progress.

Asked his thoughts on the draw, Southgate, who played in England’s Euro 96 squad that reached the semi-finals, said: “I’m never sure whether it’s a good draw. We have played two of the teams before and for us to play at Wembley is something special.

“We know the quality of (Croatia’s) midfielders. That’s a top-level fixture. There are eight to 10 big countries. The margins are really, really fine.”

If England win their group they could face a last-16 tie in Dublin against Germany, France or holders Portugal — all of whom are in a tough-looking Group F.

“The group has the winners of the last three big international tournaments,” Portugal coach Fernando Santos said. “It’s a tough group with two favourites for the title and one candidate. We are going to believe in our chances.”

Southgate dismissed suggestions that England could have an easier draw by finishing second in their group.

“If you can win and be top seeds then you have to take control of your destiny,” he said. “Let’s hope we have the decision to make. We will take on whoever that comes.”

Wales, who enjoyed a dream run to the Euro 2016 semis and who clinched qualification in their final game earlier this month, have been placed in Group A with Turkey, Italy and Switzerland.

Wales will open against Switzerland in Baku.

“Logistically looking at it, it’s Baku, Baku, Rome, rather than having Rome in the middle — so for the fans it’s much better,” manager Ryan Giggs said.

“We want to take our chance, just like in 2016. It’s not easy, you have to get the momentum like we did in France.”