The coach has delivered four years of progress, promise and gradual strengthening to get Liverpool back to the pinnacle 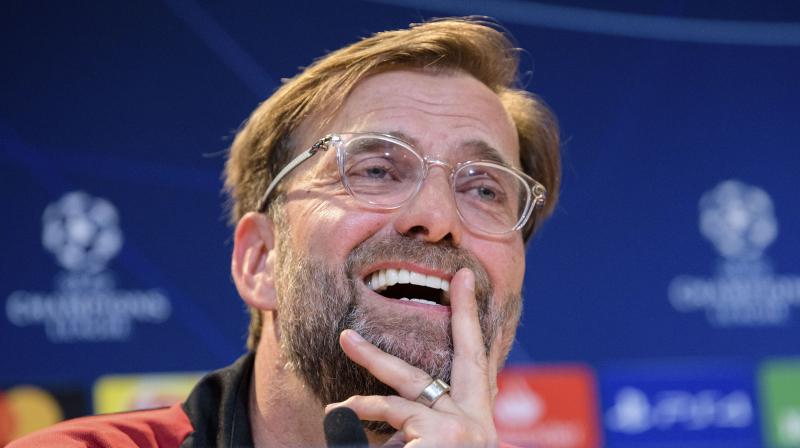 Madrid: Liverpool’s Juergen Klopp era delivered its first trophy with his side’s 2-0 Champions League final victory over Tottenham Hotspur on Saturday but it is unlikely to be the last night of celebration the German coach provides.

Klopp’s team’s triumph at the Wanda Metropolitano was by no means one of their best performances of the season — indeed it lacked so much of the verve and quality that has thrilled their supporters during the campaign.

Indeed, for such a highly anticipated clash, the final was a disappointment for the neutral — the three-week break between the end of the domestic league season and this match, played in energy-sapping heat, leaving players lacking sharpness.

But for Liverpool, it was just rewarding for a campaign, in Europe and at home, that has highlighted why the recruitment of Klopp in 2015 was such a wise move by the American-owned club.

When Klopp was hired by Fenway Sports Group, he promised to deliver a ‘title’ within four years or, he joked, his next job might be in the relative obscurity of Swiss football.

The German is bang on schedule and, if there were any wild optimists at Young Boys Bern or Grasshoppers Zurich, they will have to wait a good while yet.

The former Borussia Dortmund coach has delivered four years of progress, promise and gradual strengthening to get Liverpool back to the pinnacle of European football for the first time in 14 years.

Klopp has taken the first step towards becoming one of the Liverpool legends and joining the pantheon of great managers at Anfield alongside Bill Shankly and Bob Paisley.

Of course, the German still has some way to go to match the achievements of those two greats and he will be expected to end the club’s 29-year wait for an English league title.

But few of those heading for a night of celebration in the Spanish capital doubt he will bring Premier League success too.

Liverpool’s players certainly know the central role their coach played in their victory.

“Without this manager this is impossible. You go through tough times in a season, but what he has done since coming in is unbelievable,” said captain Jordan Henderson.

“There’s such a togetherness, he has created a special dressing room - all the praise goes to the manager,” he said.

Having raised the European Cup, which the club has now won six times, the Liverpool players then lifted up the 51-year-old German, throwing him skywards in front of their celebrating supporters.

Klopp is the first German manager to win a major trophy with an English club and in doing so he has also put to bed the questions over his ability to deliver in showpiece matches.

His last six finals in Germany, England and Europe had ended in defeat — including two Champions League losses, the latter coming last year with Liverpool falling to Real Madrid in Kiev.

That record would have annoyed but not eaten away at him.

Klopp knows the small margins, the little pieces of luck, that can often determine the outcome of finals, as they did on Saturday where a debatable penalty, awarded in the opening minute, had given Liverpool the upper hand.

The victory was only confirmed when substitute Divock Origi drove in the second goal in the 87th, but while Liverpool needed their Brazilian keeper Alisson Becker’s saves in the latter stages, they gained their glittering reward.

It was not the breathtaking Liverpool that has won so many admirers across the continent, but the disciplined, hard-working collective that is capable of grinding out wins when the clever passes and neat touches don’t come off.

This was not a night for the flair players but for Henderson, tireless and efficient in midfield throughout. For Virgil van Dijk, Klopp’s landmark acquisition, a rock at the back.

It was another evening to show strength-in-depth, such as the impact of substitute Origi, who scored twice when Liverpool blew away Barcelona 4-0 in their semi-final second leg.

That night will remain as the defining victory of this season and of Klopp’s reign so far, purely for the adrenalin rush, romance and sheer exhilaration of the performance.

But Klopp’s work has been about instilling new standards and delivering consistent quality, something Liverpool has had in abundance this year.

They ended their Premier League campaign empty-handed despite just one defeat, at eventual champions Manchester City, and the highest amount of points (97) ever gathered by a team finishing runners-up.

But their reward came in Madrid. “It is the best night of our professional lives, so far,” said Klopp.