Chhetri, 32, has been with Bengaluru for four seasons, finishing as the top scorer for the Blues every year. 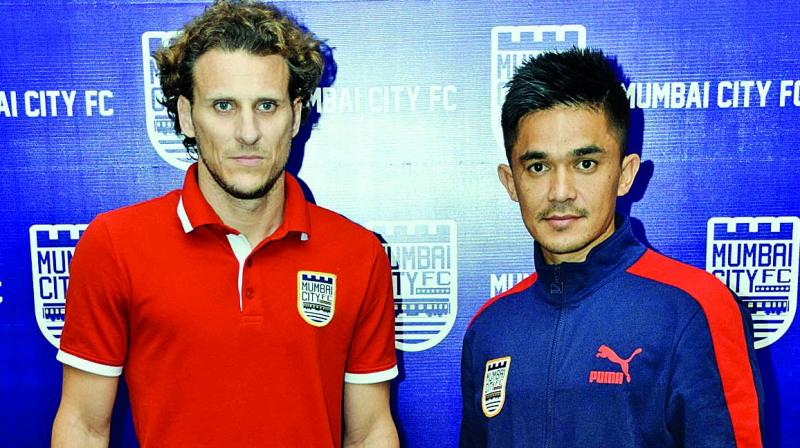 Sunil Chhetri will no longer be a part of the city based Indian Premier League franchise Mumbai City FC after Bengaluru FC retained the legendary Indian skipper.

He, along with another former Mumbai City player, Udanta Singh signed three-year deals with former I-League champions Bengaluru FC. These contracts will keep them with the newly formed ISL franchise till the end of the 2019-20 season, the club announced on Friday.

Chhetri, 32, has been with Bengaluru for four seasons, finishing as the top scorer for the Blues every year. He didn’t participate in the inaugural ISL as Bengaluru FC didn’t release its players. But Mumbai City FC secured Udanta and him on loan from Bengaluru FC in the second and third season. Since Bengaluru FC will be playing from the fourth edition of ISL, both will represent their parent club.

Mumbai City CEO Indranil Blah, who was instrumental in bringing Chhetri to the city in the past two seasons, thanked the Indian star for his time. “I would like to personally thank @chetrisunil11 and @UdantaK for their time at Mumbai City. True ambassadors of the game. All the best, boys”, he tweeted.

Chhetri scored a hat-trick for Mumbai City in the second season and formed a good combination with the Uruguayan star, Diego Forlan in the third season to help the Mumbai-based franchise secure their first ever semi-final berth.

The 24- year- old captained the Indian team in the AFC under-23 championship qualifiers in Bangladesh in 2016, and since then he has been in blazing form.  Amrinder made six appearances for Mumbai City FC in season 3 of the ISL, keeping five clean sheets under his belt and also won the ISL Season 3 Golden Glove Award.