Sports   Football  02 Sep 2017  PSG will have most exciting attack this season
Sports, Football

PSG will have most exciting attack this season

Manchester City offered £60 million for Sanchez, who was also keen to be re-united with his former boss Pep Guardiola. 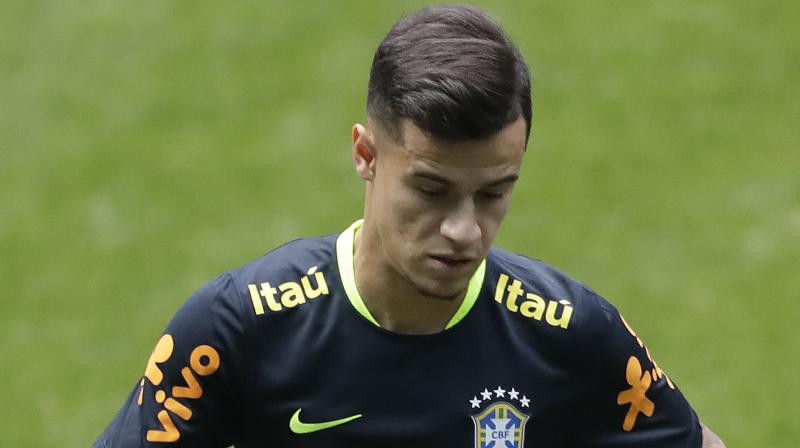 It was a dramatic, transfer deadline day in European football. Speculation was rife that Philippe Coutinho would join Barcelona from Liverpool and Manchester City would snatch Chilean international Alexis Sanches from Arsenal. Both moves did not materialise. Liverpool resisted yet another lucrative offer from Barcelona.

Manchester City offered £60 million for Sanchez, who was also keen to be re-united with his former boss Pep Guardiola. However, Arsenal were only willing to sell if the precocious Thomas Lemar (Monaco) would join them for a staggering transfer deal of £90 million. Lemar procrastinated and the sulking Sanchez will now remain an Arsenal player for the last year of his contract.

However, Leicester City’s midfielder Danny Drinkwater drove at frenetic speed to reach Stamford Bridge and sign at the last moment. His former club got Adrien Silva from Portugal and so let him go. Chelsea sought an extension of two hours to complete the formalities.

Liverpool gained by buying Alex Oxlade-Chamberlin from Arsenal for £40 million plus £10 million as incentives. This was yet another setback for Chelsea manager Conte who wanted the Ox to slot in as an attacking right wing back in his 3-5-2 system. However he opted for Liverpool, on a lesser salary than what Chelsea offered, as Jurgen Klopp had promised that he would be used as a central midfielder.

The burly Oxlade- Chamberlin is known for his commitment and work rate. He is a box-to-box midfielder but lacks an incisive through pass and the quality of his crosses is average. Hence he prefers playing in central midfield instead of wide on the flanks, as his passing gets exposed there.

For the reigning Premiership champions this was yet another setback in the transfer market. Strengthening the wing back positions was Conte’s top priority this summer. He has just managed to get right wing back Davide Zappacosta of Torino for £23 million.

Overall, there were 416 transfers in England worth £1.42 billion. The biggest money spenders were Manchester City (£211.7 million), followed by rivals Manchester United (£146 million). The English clubs’ massive wealth is from their share of the lucrative 2016-19 TV deal worth £8.4 billion, annually £2.4 billion. The English clubs that played in last season’s Champions League got £200 million.

But for once the English clubs were eclipsed by the multi-millionaire Qatari owners of Paris St. Germain. On the last day they struck a loan deal for the exciting Kylian Mbappe (Monaco) with a view to buy him next year for a whopping £160 million. They have already spent £198 million on acquiring Neymar. PSG with Mbappe, Neymar and Edinson Cavanani will have the most exciting forward line in Europe this season.