The Belgian sat out Tuesday's 2-0 win over Dinamo Zagreb in the Champions League due to a groin injury. 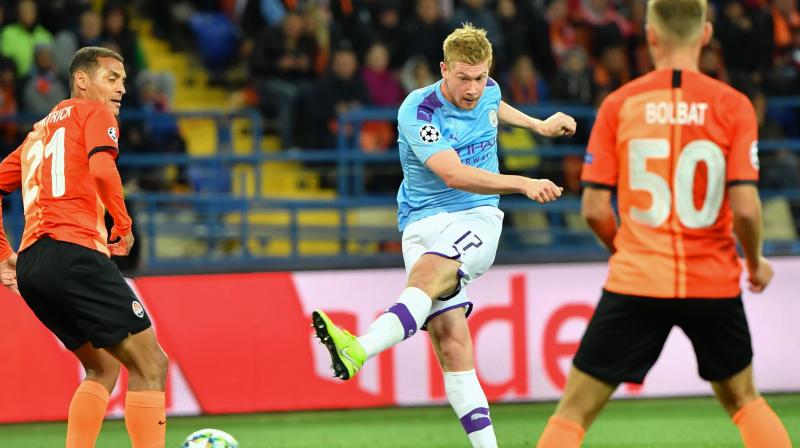 The Belgian sat out Tuesday's 2-0 win over Dinamo Zagreb in the Champions League due to a groin injury.

"It's not serious but today (he) could not play. We will see on Sunday," said Guardiola.

"Maybe he can get it, but I think after the international break (he) will be fit."

De Bruyne has been in sensational form for the English champions, scoring twice and providing nine assists in just nine appearances this season.

"The extent of his layoff depends on how well he responds to the rehabilitation programme overseen by the club's medical staff," City said in a statement earlier on Tuesday.

After Wolves' visit to the Etihad on Sunday, City have a two-week layoff for an international break before travelling to Crystal Palace on October 19.