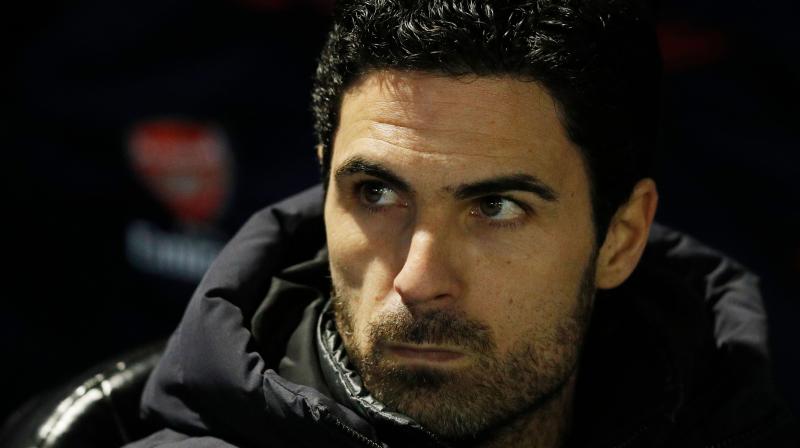 Portsmouth (UK): Mikel Arteta admitted he took a risk by making nine changes for Arsenal's 2-0 win over Portsmouth in the FA Cup fifth round but insisted he had no choice because some of his stars were still shell-shocked after their Europa League exit.

Arteta's side reached the FA Cup quarter-finals thanks to goals from Sokratis Papastathopoulos in first-half injury time and Eddie Nketiah six minutes after the break at Fratton Park on Monday.

It was a much-needed boost for Arsenal, who crashed out of the Europe League in a painful last-gasp defeat against Olympiakos on Thursday.

Arteta conceded that fielding such an inexperienced line-up -- only David Luiz and Bukayo Saka retained their places -- could have put Arsenal's only chance of silverware this season in jeopardy.

Pierre-Emerick Aubameyang, who was in tears after missing a costly late chance against Olympiakos, and Mesut Ozil were both absent, while Alexandre Lacazette and Nicolas Pepe were on the bench.