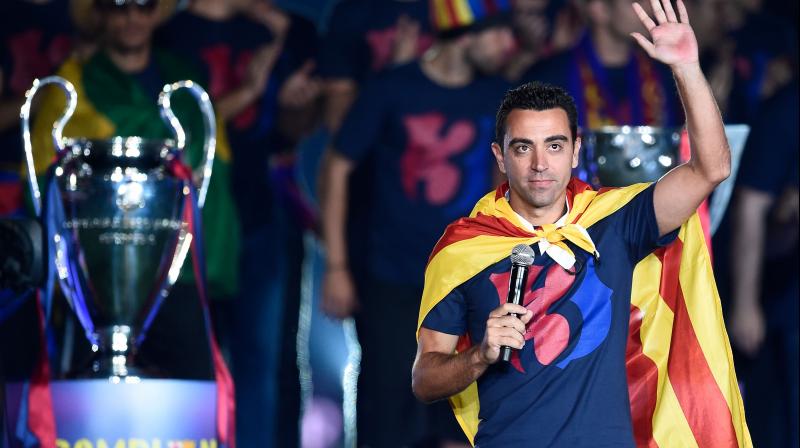 Xavi further confirmed his intention to follow in the footsteps of Dutch footballer and coach Johan Cruyff. (Photo: AFP)

Barcelona: FC Barcelona legend midfielder Xavi Hernandez has announced that he will retire at the end of the season to move into coaching.

The Terrassa native in a statement said, "It has been a privilege to play until the age of 39. This 2018-19 season will be my last as a player, but I hope the future offers the chance to be a coach."

Xavi further confirmed his intention to follow in the footsteps of Dutch footballer and coach Johan Cruyff.

"I like to see teams take the initiative on the field. To play attacking football, and to demonstrate the essence of what we all have loved since our infancy: possession-based football."

Later on, La Masia became the place where he learned the fundamentals of midfield from Pep Guardiola, whom Xavi succeeded and became the backbone of Barcelona for almost two decades.