Football legends Cristiano Ronaldo and Lionel Messi have been knocked out of the World Cup, much to the dismay of their fans. 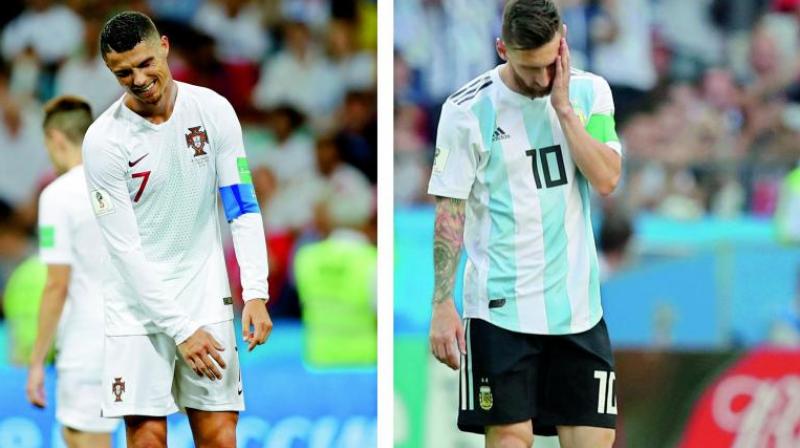 Although the World Cup in Russia has lost its two most glittering names — Messi and Ronaldo — some people might be relieved that the event would henceforth be more about teams than individuals.

That the two legends who have won the world player of the year award five times each in the last 10 years could not rise to the occasion in the World Cup certainly dents their claims to sit alongside Pele, Diego Maradona and Zinedine Zidane in the pantheon of football immortals.

There is no doubt that the World Cup here has lost a bit of sheen after the exit of the two mega stars, but the show must go on because the trophy on July 15 will be given to the best team, not to the best player.