UEFA confirms new laws will not be implemented at Nations League

UEFA said the new rules, including cards for officials and a “clearer” wording of the handball rule, would be introduced. 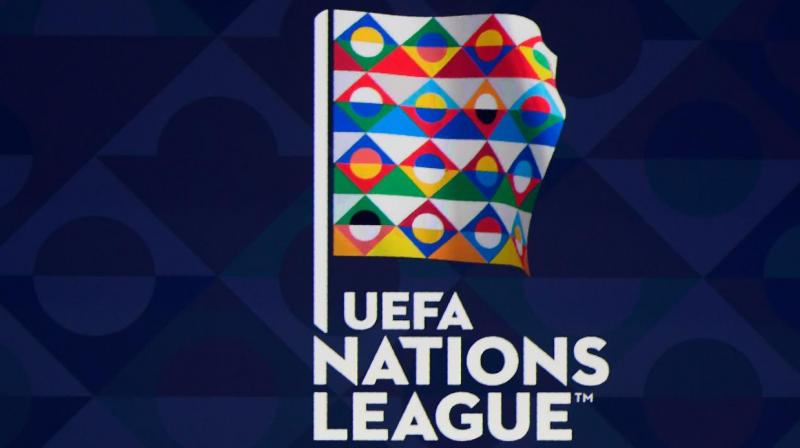 ther changes to the rules set to be introduced include a ban attacking players disrupting the opposition’s defensive wall at free kicks (Photo: AFP )

Porto: This week’s Nations League finals and Euro 2020 qualifiers will not feature changes to the laws of the game which officially came into effect from June, European soccer governing body UEFA said on Tuesday.

UEFA said the new rules, including red and yellow cards for team officials and a “clearer” wording of the handball rule, would be introduced into its competitions from June 25 in line with “dispensation” from soccer’s rule-making body IFAB.

Other changes to the rules set to be introduced include a ban attacking players disrupting the opposition’s defensive wall at free kicks - they must now be one metre away from the wall - and an attempt to cut down on time-wasting by forcing substituted players to leave the pitch at the nearest boundary.

This would stop the practice of substituted players delaying play by wandering across the pitch to their bench and shaking hands with teammates and match officials on the way.

“To avoid any disruption due to limited preparation time and any resulting lack of awareness of the substantial number of changes to the Laws of the Game, UEFA has decided to time the implementation to coincide with the start of the new season,” it said in a statement.

UEFA said the changes would be introduced from the preliminary round of the 2019/20 Champions League, starting on June 25, and would feature in the Euro 2020 qualifiers in September.

Under the new handball rules, free kicks will be awarded in some situations even if the handball is clearly accidental.

These include the ball going into the goal after touching an attacking player’s hand or arm, a player scoring or creating a scoring chance after gaining control of the ball by using their hand or arm and the ball touching the hand or arm of a player who has made their body “unnaturally bigger”.

IFAB says in its guidelines that “football does not accept a goal being scored by a hand/arm (even if accidental)”.

However, if a player is falling and the ball touches their hand or arm when it is between their body and the ground, it will not be considered handball. The same will apply when the ball rebounds onto the hand or arm from another part of the player’s body.