The Chelsea-attacker suffered a hamstring injury in the semi-final against Argentina. 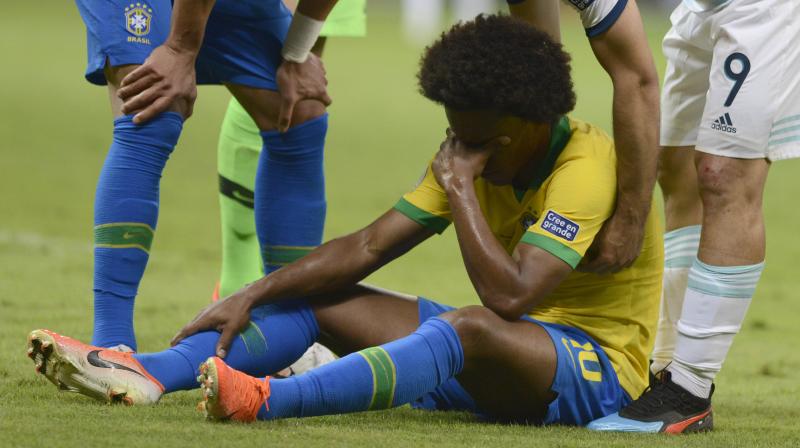 Willian's injury is not a serious one, but the recovery time will require the player to miss the final against Peru. (Photo: AP)

Rio de Janeiro: Injury-hit Brazil's midfielder Willian has been ruled out of the Copa America final against Peru on Sunday.

The Chelsea-attacker suffered a hamstring injury in the semi-final against Argentina and he will be missing the Copa America final, Goal.com reported on Thursday.

Brazil recorded a 2-0 victory over Argentina in the semi-final during which Willian pulled his hamstring. The injury is not a serious one, but the recovery time will require the player to miss the final against Peru.

The 30-year-old has been only used as a substitute in the tournament but he managed to score during Brazil's 5-0 win over Peru in the group stage.

He also converted a penalty in the quarter-final match against Paraguay.

Willian was not included in Brazil's original squad, but he was later added to the team as Neymar was ruled out of the tournament due to an ankle injury.

Neymar's absence has not been felt by Brazil as they have managed to progress to the final of the competition and the team is yet to concede a goal in Copa America this year.

Brazil had last won the tournament in 2007.