The Brazilian winger said he was motivated by a desire for a new challenge. 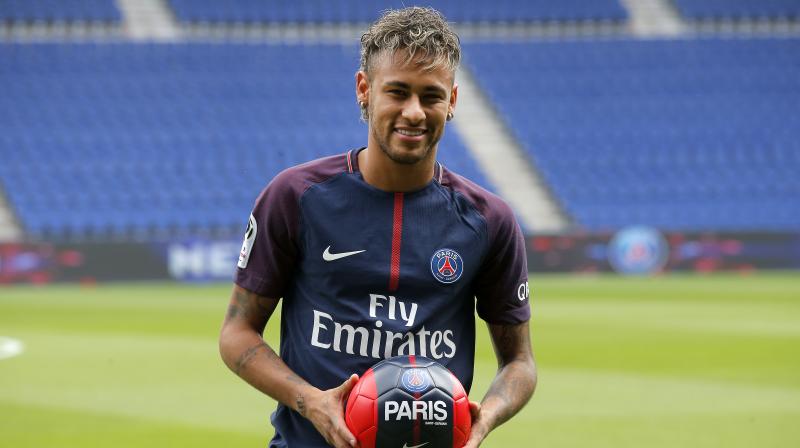 Neymar is the world's most expensive footballer after sealing a move to PSG from Barcelona. (Photo: AP)

Paris: Neymar, the world's most expensive footballer, said on Friday money was never the motivating factor in his record 222 million-euro ($264 million) transfer from Barcelona to Paris St Germain.

The Brazilian forward told a news conference on his arrival in the French capital that he was motivated by a desire for a new challenge and said he wanted to make his debut on Saturday.

"I wanted a bigger challenge, and my heart made this decision and I followed my heart," he told reporters at the Parc des Princes stadium.

"Money was never my motivation," said the player who is reportedly being paid 45 million euros ($53 million) a year.

"I want to be happy, and I want my family to be happy. I’m really sad to hear that people think this way. If it was just about money, I could have gone somewhere else. Being the most expensive player in the world is not a burden. I weigh 69 kg. I don’t have a burden on me."

Neymar denied that he had tired of playing second-fiddle to Lionel Messi at Barcelona.

"It’s not that I wanted to be the big star at Barcelona," he said

Club president Nasser Al-Khelaifi, who introduced the player as "an idol for the whole world", backed up Neymar's assertion that he could have gone elsewhere for more money. PSG fans may only have to wait a few days to see if their new superstar player is worth the money.

"I can play tomorrow (against Amiens). Why not? I’ll speak to the staff, but I really want to play. I haven’t discussed where I will play. I will play where the coach wants me to. I only stopped playing in the last two days and I’m hungry to play football."