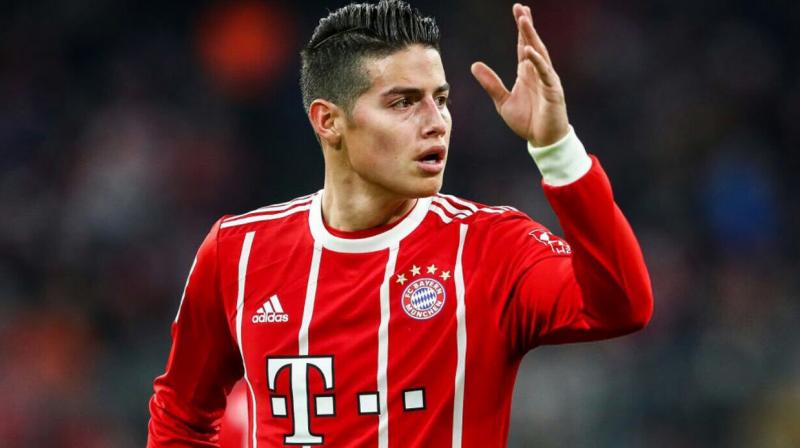 The 27-year-old Colombian won the Bundesliga title in both seasons he was with the club, as well as the German Cup last season. (Photo: James Rodriguez/Twitter)

The Bavarian club had the option to sign James for a fixed price of 42 million euros (47 million dollars) once his loan deal ends on June 30, but Bayern says the Colombia midfielder asked for the option not to be taken.

James played 67 competitive games for Bayern, scoring 15 goals and setting up 20 more. The 27-year-old Colombian won the Bundesliga title in both seasons he was with the club, as well as the German Cup last season.

However, James did not seem to settle under coach Niko Kovac, in contrast to predecessors Jupp Heynckes and Carlo Ancelotti, who both speak Spanish.

James was not included in Bayern's squad for the German Cup final, while he made only 11 starts in the Bundesliga last season.

James previously had a frustrating three-year spell at Real Madrid.