Manchester City survived an early scare before goals from Sergio Aguero and Leroy Sane secured a 2-0 victory at bottom-placed Sunderland. 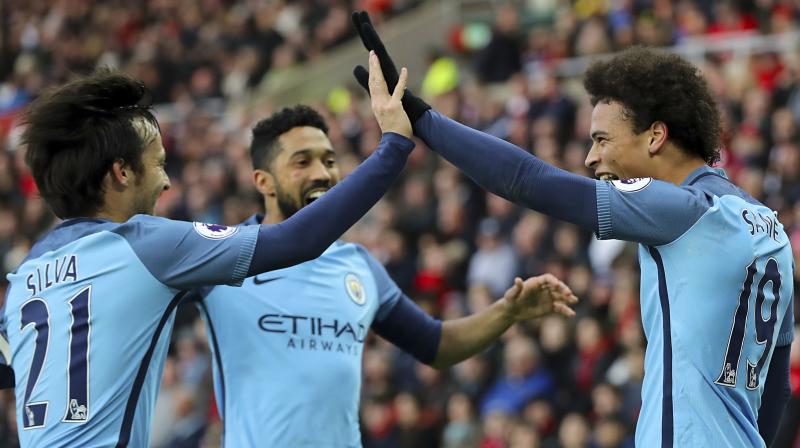 Sunderland: Manchester City survived an early scare before goals from Sergio Aguero and Leroy Sane secured a 2-0 victory at bottom-placed Sunderland in the Premier League on Sunday.

Jermain Defoe came close to giving the hosts a shock lead in the 20th minute when he drilled his shot against the post but Aguero opened the scoring from point-blank range in the 38th from David Silva's cross.

Silva also provided a defense-splitting through-ball in the 59th for Sane to score his sixth goal in 10 games.

"They are almost unstoppable, but we are there for the rest of the teams," City manager Pep Guardiola said. "It's a pity that the distance between Chelsea is so big."

There's also a big gap at the bottom, with Sunderland six points from safety.

"We are the ones chasing the pack, trying to catch the others up," Sunderland manager David Moyes said, looking ahead to games against Burnley and Watford. "We have games that give us an opportunity to win."